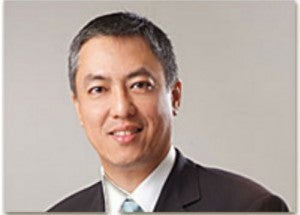 Tycoon Lucio Tan is consolidating all his major businesses—liquor, airline, cigarette manufacturing, real estate and banking—into a single publicly listed holding firm with an estimated asset pool of P200 billion and will be headed by son and heir-apparent Michael Tan.

Tanduay Holdings Inc., for now the holding firm for the group’s hard liquor business, will become the vehicle for the consolidation to create a large conglomerate to be named LT Group Inc. (LTG), which will hold the group’s interests in Asia Brewery, Tanduay Distillers, Fortune Tobacco, Eton Properties and Philippine National Bank-Allied Bank.

The transfer of assets to Tanduay, which recently approved an increase in its authorized capital to pave the way for the consolidation, was approved by Tanduay’s board of directors on Tuesday. It is widely believed to be part of the estate planning of the taipan, the second-richest man in the Philippines, and the anointment of a successor in son Michael.

Some of the official reasons for the consolidation, however, was to “broaden the group’s investment horizon” and achieve synergies—such as by merging the distribution capabilities of Tanduay and Asia Brewery and realizing cost-savings from the merger of PNB and Allied Bank.

While the estimated value of all assets to be pooled into LTG was P200 billion, the source said there would also be liabilities to be absorbed amounting to P50 billion to P60 billion.

A disclosure to the Philippine Stock Exchange showed that the board of Tanduay agreed to amend its bylaws to change its corporate name as well to invest in various operating units under the group. Tanduay will acquire a 90-percent stake in beer brewer Asia Brewery, at least 83 percent of cigarette manufacturer Fortune Tobacco Corp., 98.1 percent of Eton Properties, 49.84 percent of flag carrier Philippine Airlines, 50.97 percent of budget carrier Air Philippines Corp., 34.79 percent of PNB and 27.62 percent of Allied Bank.

The corporation will use the proceeds of the P5-billion investment of Tangent Holdings Corp. to finance these investments.

“These acquisitions are expected to be completed before the end of September [this year],” the disclosure said.

“The foregoing transactions will materially expand and diversify the investments held by the corporation. The board of directors believes the enlarged portfolio will provide the corporation with significant opportunities for synergies and business growth, including but not limited to synergies in marketing and distribution, enhanced flexibility in funding, as well as improved financial profile, all of which, the board believes, will contribute to enhance shareholder value,” the disclosure said.

The proposed amendment of the corporate bylaws will also include a provision for a “non-compete” clause, which will disqualify business competitors from becoming directors or officers in the corporation.