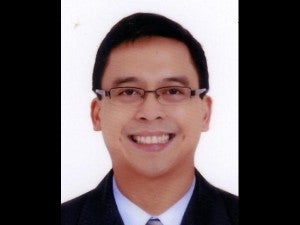 The Department of Energy (DoE) pushed through with the bidding of three highly prospective oil and gas blocks off northwest Palawan, finally completing the Philippine Energy Contracting Round (PECR) 4 for petroleum.

Tensions between the Philippines and China over the West Philippine Sea have been running high due to disputes over the Reed Bank and the Spratly islands to the south of the prospects, and Scarborough Shoal to the north.

“Historically, the Philippines has always attracted bids from medium-sized exploration companies. They do seismic surveys, and if they have (good) results, that’s when the big boys come in,” Energy Undersecretary Layug told Agence France-Presse.

The two disputed areas for exploration are just beside the Philippines’ existing natural gas fields, while the third lies closer to the Palawan coast.

China claims nearly all of the West Philippine Sea even up to the coast of its neighbors.

Layug said in a briefing following Tuesday’s bidding that the DoE received and accepted a total of four offers covering Areas 3, 4 and 5, stressing  anew that these three disputed areas were all well within the Philippines’ 200-mile exclusive economic zone (EEZ) as against the nine-dash map held by China.

“These areas are clearly within the sovereign rights of the Philippines,” he said.

Tuesday’s second leg of bidding has brought to 20 the total number of offers received for 11 oil and gas blocks under PECR 4, a record figure compared to the three previous PECRs conducted by the DoE. The DoE is expecting to rake in at least $4 billion (P172 billion) in exploration investments combined, if it is able to award the service contracts for all the 11 oil and gas blocks, according to Layug.

“We had a good turnout for PECR 4, having attracted a total of 20 bids from 24 companies for 11 oil and gas blocks. We have sufficiently attracted the interest of exploration companies,” Layug said.

“What we see here is that investors are seeing that the Philippines is relatively unexplored. The Philippines has now become a potential emerging site for exploration,” he added.

Noting the absence of the exploration giants in the bidding, Layug explained that historically, Philippine explorations were initially done by local and other junior exploration firms. If seismic studies yielded prospective finds, big players would come in, he explained.

To recall, the DoE launched the PECR 4 in June 2011, in which it offered a total of 15 blocks to investors. The first bidding was held in April this year, during which the DoE received a total of 16 bids covering eight oil and gas areas. Of these offers, the DoE accepted only 13, representing those that have complied with the requirements as provided under the rules.

For the bids opened in April, the DoE is expecting to start the awarding by September this year. For those offers opened only on Tuesday, the DoE is targeting to complete the review and evaluation in 100 days’ time.

The areas that did not receive any bids are expected to be offered again in the fifth round of PECR for petroleum. According to Layug, the DoE will then strive to ensure the availability of complete and enhanced data, noting that this was one of the issues that might have hampered the bids of some investors.

For an energy secure future, the DoE has since committed to pursue energy independence and sustainability through effective and reasonable development of indigenous resources.

The PECR 4 was precisely envisioned to address the security of the country’s energy supply through the exploration of local indigenous resources. Harnessing local resources is expected to help the country meet its daily demand and reduce the importation of petroleum and petroleum products.

More importantly, developing the country’s own resources is deemed to be a long-term plan of action that will reduce the country’s dependence on imported petroleum and mitigate the effects of oil price volatility.

The Philippines and China entered into a tense stand-off over the Scarborough Shoal in April when Chinese patrol vessels blocked the Philippine Navy from arresting Chinese fishermen.