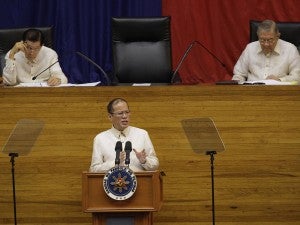 MANILA, Philippines—Stakeholders of various industries on Monday agreed with President Benigno Aquino’s claim that the Philippines has opened itself to business again, given the reported improvements in governance, public works, as well as services.

As such, industry groups also vowed to continue supporting government’s agenda on a wide range of issues from the campaign against corruption to hiking mining revenues and improving the country’s investment climate.

Sergio R. Ortiz-Luis, Jr., Philippine Exporters Confederation, Inc. (Philexport) president, said in a phone interview that the President’s stress on growth in tourism and investments sets a good tone for the rest of 2012 and for coming years. “While infrastructure still needs momentum after two years, we see infrastructure investments gaining more momentum in coming years.”

The Federation of Philippine Industries chairperson Jesus L. Arranza said in a phone interview that most of the group’s 40 industry associations and 95 corporate members have been bullish on the economy and would continue to be so, having noted the governance reforms and improved infrastructure spending, among others, of the Aquino administration.

“By and large it seemed like a truthful narration of developments, especially the figures related to projects. We’ve seen investments coming in, for example, in mining and tourism,” Arranza said. “We’ve seen reduction in graft and corruption, and the President alluded to the impeachment trial, which I think showed the world who we are, that we are making changes. For industries, we’ve experienced a better working relationship with the Bureau of Customs under its present leadership. With a good credit rating and all, yes, we can say the Philippines is open for business.”

Arranza noted that industry leaders have been working with Customs as technical experts to help curb smuggling, which has been hurting tax-paying, legitimate businesses. He said the use of CCTVs (closed circuit TV) has helped in crime reporting, as well.

If there was one thing he would have wanted to hear from the President’s State of the Nation Address (Sona), Arranza said, it was more on what would be done to address crime. “Perhaps there should be a crime czar to better coordinate efforts on various types of crimes,” Arranza said.

The electronics industry, which contributes the most to exports, has also drawn more interest from foreign investors, according to an industry leader. Semiconductor and Electronics Industries in the Philippines, Inc. (SEIPI) president Ernesto B. Santiago said in a text message that big and small investors from Japan, Korea, and other countries have been visiting the SEIPI headquarters in Manila lately -to make inquiries.

“We just have to see if this will all materialize in the next coming months,” Santiago said.

The Chamber of Mines of the Philippines (COMP) was likewise supportive of government reforms and drive for a bigger share in mining revenues, which President Aquino mentioned in his speech.

COMP chairperson Artemio Disini said in a phone interview that the mining industry “will continue supporting government in developing the industry and promoting environmental protection.” Disini said the group would help in fast-tracking a much-awaited legislation on revenue sharing, which would lift the current moratorium on new mining agreements.

COMP earlier said in a statement that, “We reiterate our commitment to cooperate with the executive and legislative branches in developing a rational revenue sharing scheme. We are one with the government in its program to improve the economy without compromising the environment for future generations.”

Overall, the underlying messages of the Sona (that institutions need fixing as a foundation for long-term change and what seems impossible can be possible through collective hard work) sets the tone for the rest of the year,” National Competitiveness Council co-chairperson for private sector Guillermo Luz said in a phone interview. These are efforts that we should build upon year on year since long-term results cannot be expected to be visible right away, he said.

“Especially compared to last year, when we were making changes but were not yet seeing the results, now that we’re seeing the results, I see this year as a turning point for the Philippines. The markets seem to be recognizing the changes, for example, structural reform, the strong bias for education, inclusive investments through CCT (conditional cash transfer). We can see the recognition through our improved credit rating and portfolio investments, which are good indicators. In terms of competitiveness, we hope to see that the markets recognize all our collective efforts,” Luz said.

The Inquirer also sought comments from the Philippine Chamber of Commerce and Industry and the Joint Foreign Chambers of the Philippines but officials were still unavailable for comment as of this writing.