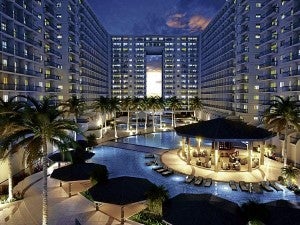 AS THE ‘good guys’ SMDC strives to give buyers the best deals.

For Nita Claravall, working now for one of her most esteemed clients back in the early days when she was still an advertising executive, feels as if she has come full circle.

After moving from one job to another—a teacher, creative director and a banking executive—Claravall now serves as senior vice president for marketing of SM Development Corp., the property firm of the SM Group.

Claravall tells the Inquirer that she first worked with the SM Group when siblings Hans and Tessie Sy were scouting for an advertising agency for its first mall, which she had then dubbed as SM City North Edsa. After her advertising stint, she had moved to the banking industry, where she stayed for more than 21 years.

“I’ve transitioned in my life so much. I used to be a teacher, then I went to advertising as a creative director and then I went into banking before I came to SM. In a way, I had my roots in SM since I worked for the very first mall in North Edsa, giving it the SM City name,” Claravall recalls. 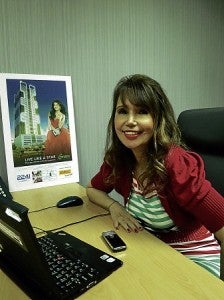 Claravall believes that transition bodes well for an individual who, like her, is looking to “translate all the things that you learned through the years to something totally different like retail, which is very dynamic.”

“And of course, SM, as a brand, is really something that one would want to work for because I think it’s a brand that has pervaded people’s lives,” she added.

The former copywriter turned banker first entered the SM Group in 2008, but it was only a year after that she was asked to help handle SMDC, which, at that time, was a relatively new player in the local real estate scene.

Claravall then thought of this assignment as a challenge to grow the brand—a very good marketing experience for her to be able to translate and leverage on the branding of SM Group as a whole in order to develop SMDC.

But it was no easy feat, she admits. 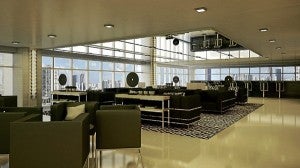 “In a way, when you look at an industry that is populated by a hundred developers, it is no mean feat to be able to sustain the No. 1 position from the second half of 2009 up to the end of 2011. And we are hoping to maintain our position in the market,” Claravall says.

SMDC’s rise to the top, according to Claravall, was propelled mainly by the vision of Henry T. Sy Jr., who believes in helping make every individual’s life better.

“Our CEO, Henry T. Sy Jr., was the one who thought of ‘the good guys.’ That was his idea. He believes that we have to start somewhere and that in this business, and as the good guys, we have to be able to give you the best possible home that you signed up for,” Claravall explains. 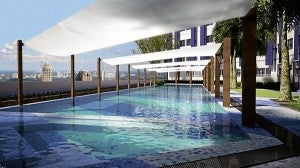 ALL SMDC projects are equipped with the best amenities.

As the good guys, SMDC has committed to give the Filipino market an abode that is affordable, strategically located, highly accessible, near commercial areas, offices, hospitals and other places of interest. These property projects also come with a promise of having the best amenities such as Wi-Fi, study rooms, pools and showcase five-star-hotel-like lobbies.

“SMDC promises to deliver products that are of quality, affordable and convenient. As the good guys we will try as much as possible to give our buyers the best deal and we will always try to meet our homebuyers halfway in cases where confusion arises,” Claravall says.

“We also made the market realize that they can afford a home and that it is easy to own one. We are putting quality homes within their reach and they don’t have to settle for something that’s just ok because what we are giving them is a good thing,” she adds.

Claravall likens the SMDC buying experience to a courtship: as suitors would normally do everything to win the object of their affections, SMDC would similarly aim to give all that is right and due its customers, knowing very well that every peso they spend comes from a hard-earned pay.

Despite the successes being enjoyed by SMDC, Claravall admits that the company is still quite far from completely achieving its goal, adding that a lot of work still needs to be done.

“SMDC will be here for the long haul as we believe there is still much to be done. And we intend to accomplish that just by doing more of the things that we’ve actually been doing already. We will continue to listen to our customers and from there find out what else we can do to make this a good deal for them,” Claravall says.

SMDC currently has 21 ongoing projects, of which five are ready for occupancy. It has also lined up several more projects on the pipeline.

“SMDC has arrived, and we are lucky we have a CEO who has a foresight and a vision that enables his employees to do the things he believes fall under that vision. I think we have showed our competitors that this is a viable industry and as a player, we have shook things up,” she adds.

Currently, SMDC continues to strive being the “good guy” by raising the bar for the whole Philippine real estate industry.