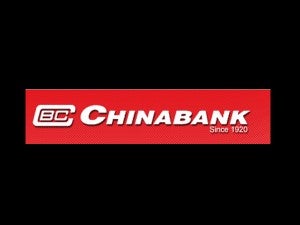 MANILA, Philippines – Taking a taxi in Davao?  You can now pay using your ATM or debit card. China Bank, BancNet, and Mabuhay Taxi, one of the biggest and oldest taxi fleet operators in Davao, have teamed up to pioneer cashless payments in the city’s transport system.

Thru BancNet, other ATM cards issued by Megalink banks will also be accepted.

The drivers are undergoing training and by July 9, these POS-equipped taxis will be on the streets of Davao.

The deal, the first of its kind in the country, is a pioneering project to promote card-based transactions which is already popular in the rest of the world.  China Bank Davao-Lanang Branch facilitated the deployment of state-of-the art wireless POS terminals of Mabuhay Taxi, one of its long-time valued clients, aided by the Bank’s Cash Management Services Division.

“Today, almost everyone has an ATM card, and people are already familiar with POS transactions in stores and boutiques.  Why not taxis? It’s safe and convenient to use ATM and debit cards to pay for goods and services. What’s more, there is no minimum payment for cab fares, even if it is below P100, the transaction will still be processed.” said Joselito

“Now, our passengers don’t have to pay cash in select Black Mabuhay Taxis, all they have to do is swipe their ATM/Debit Card.”

Passenger comfort and convenience has always been the center of Mabuhay Taxi’s operation.

The POS system in the Philippines has come a long way from its initial introduction in 1987.

Today, there are over 50,000 POS terminals serving around 30 million ATM cardholders in malls, restaurants, hotels and even small specialty shops. In 2010, the point of sale (POS) interconnection of Bancnet, Megalink, and Expressnet was launched, opening gateways for further expansion of financial services and increasing the touch points for client interface in the country.

“This is a most welcome development. I hope that more businesses will be inclined to adopt this technology as a payment channel for their goods and services,” said BancNet Executive Vice President and COO Aris Zafra.

The pilot testing of 20 Mabuhay taxi cabs with wireless POS terminals is just the beginning. China Bank and BancNet are hoping that in a year or two, all units of Mabuhay Taxi will already have POS terminals, and that eventually, cashless payment will also be the norm in paying for fares in any public utility vehicle.

The move towards cashless transactions has been growing rapidly in the country, and Mabuhay Taxi is the first taxicab company in the Philippines to offer this service to its passengers. (advt)