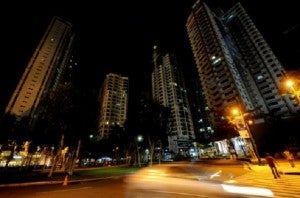 MANILA, Philippines—Ayala Land Inc. on Thursday unveiled a P30-billion premium mixed-use urban hub envisioned to be the nucleus of the Bonifacio Global City (BGC) in Taguig, which is touted as the twin central business district of Makati.

This development, called One Bonifacio High Street, is a three-hectare block that will seamlessly integrate a triple-A graded office building that will be home to the Philippine Stock Exchange, a premium lifestyle center, the five-star Shangril-la Hotel and an upscale all-suite residential tower, ALI president Antonino Aquino said in a briefing.

The premium block is seen grabbing the lion’s share of the investments from ALI and several BGC locators. These will include Ayala Land Premier’s P9.9-billion 63-tower residential development called “The Suites”—ALI’s most expensive but the best-selling residential project in nearly two decades.

Initially introduced during a priority selling event earlier this week, only three units out of 298 are left for sale, Ayala Land Premier group head Jose Juan Jugo said. This was the fastest take-up seen by the group in recent history, he said.

Jugo said residential units in the tower would be sold for an average of P188,000 per square meter, much higher than any other residential project launched by Ayala in BGC and Makati. The units are selling for P25 million to P149 million. They will be turned over to buyers in 2018.

Jugo said this project featured generous cuts of living spaces that range from 136 to 430 square meters.

The projected investment also covers the infusion made by Shang Properties, which is building a 60-story “ultra-deluxe” Shangrila-La Hotel. The hotel was estimated to cost P18 billion.