Architect celebrates past, designs for the future 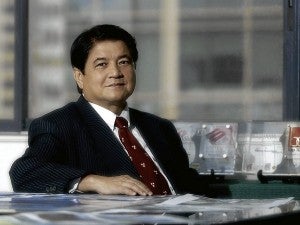 ARCHITECT FELINO ‘Jun’ Palafox Jr.: A man for nature, God, his country and his fellowmen.

Like any other child, Felino “Jun” Palafox Jr. liked playing in the sand.

But while other children would build sand castles out of their fairytale imaginations, the young Palafox would instead strive to create miniature townships, cities and buildings and adorn these with rivers and bridges—yes, all out of sand.

Palafox, a world-renowned green architect and urban planner who have had, perhaps, the lion’s share of triumphs and successes, alongside a few controversies on the local scene, admits to the Inquirer of a childhood fascination over building miniature structures, which eventually evolved into a lifelong passion for architecture.

And this passion continues to move and reshape not only the local city skyline but the landscapes of many other central business districts and key cities around the world.

Fast forward to today, Palafox Associates, which he founded in 1989, has perhaps achieved what no other similar firm has accomplished to date—garnering over time more than 200 accolades and citations from various local and international organizations and award-giving bodies.

The company is likewise involved in the planning of more than 12 billion square meters of land area and the design and architecture of more than 8 million sq m of building floor area and in undertaking more than 900 high-profile large-scale projects in 37 countries.

“I’ve been an architect for 40 years. It’s time to celebrate the past and continue designing the future,” Palafox says.

According to him, what really helped inculcate in him the fascination in building and creating structures evolved from his early exposure to the basics of it.

“When I was 10, my father taught me and let me drive so I can do errands and drive for the family. At 11, I drove the jeep with a trailer and led the construction crew to haul gravel and sand to build a basketball court with my brothers, sisters and friends,” he relates.

His mother, he adds, was an art teacher who taught him how to draw, make paper folding and artwork with eggshells bound together with glue they made by themselves.

When has was 13, Palafox entered the seminary where he had his classical secondary education, after which he took up Architecture at the University of Sto. Tomas. Palafox likewise studied to be an urban and environmental planner at the University of the Philippines as a United Nations Development Program scholar.

“I was name-hired to work as a senior architect and planner in Dubai in 1977. I was only 26 years old when I was offered the job and I was 27 when I reported for work, one of the 20 expatriates. The ruler of Dubai gave instructions to design a garden city out of the then barren desert, and plan a world-class 21st century city. That project reminded me of my childhood days on the beach,” Palafox reminisces.

Founding his own firm 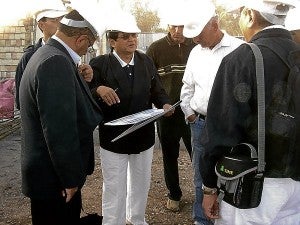 PALAFOX discusses plans with the contractors in one of Palafox Associates' projects in Bam, Iran.

But it was also in 1977, during his time in Dubai, that Palafox met Henry Sy, who then encouraged him to return to the Philippines. When he returned, he worked also for Sy and the Ayala Group, before eventually founding Palafox Associates in 1989.

He was fortunate, he says, that as a professional, he and his company had the unparalleled opportunity of working for great men like the Sultan of Brunei, Dubai’s ruler Sheik Rashid, Henry Sy, Enrique Zobel and Eugenio Lopez Jr.—mentors who have helped Palafox build and shape his career in the Philippines and later on paved the way for his firm, Palafox Associates, to be known internationally as well.

The company has also been commissioned by the Sultan of Brunei to design the largest mosque in the Philippines, the Sultan Hassanal Bolkiah Masjid in Maguindanao, as well as one of the landmark shrines in Misamis Oriental, the Divine Mercy Healing Shrine.

Abroad, it has designed the Philippine Chancery in Brunei, the Tzu Chi public schools in Bam, Iran, and the Special Needs Children Center in Saudi Arabia, among others.

Needless to say, the highly successful journey of Palafox was not immune to challenges. But he did not delve much into the negative, as he opted to rather look at what else he, as an architect of his caliber, can further offer to the Filipinos and the country.

“One of the greater challenges are the detractors, but I don’t spend time thinking about them. I just pray for them for enlightenment. When you have detractors, they motivate you to do better, to achieve more towards global excellence,” Palafox notes.

Putting his detractors aside, Palafox instead focuses his efforts to educate others.

“For me, an architect should not just be waiting for the paycheck. There should be a best effort to educate others. We strive to be top Filipino architects to show the world that the Filipino is globally competitive. One of the things that I advocate for as an architect and a planner is to elevate the stature of the Filipino professional,” he explains. 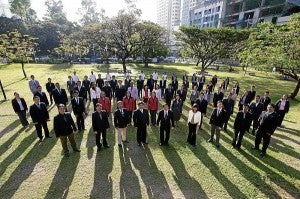 CASTING a large shadow: Led by founder, principal architect and urban planner Felino Palafox Jr., the 23-year-old firm has expanded from a staff of three in 1989 to over a hundred employees.

“I believe architecture is not only art, science, form, and function, it should also have a humane quality, one that always takes into consideration its impacts to the pedestrian, the users, and the environment. We apply the triple bottom-line: people, planet earth and profit. If you try to always be in a state of grace, you can sanctify your work and please the Chief Architect up there. The future of architecture and planning in the Philippines depends on how we address present challenges,” he notes.

“We have to start accepting the changes that push us—we do not have to hesitate,” he says. “Change is the only constant thing in the universe. Therefore we should always be prepared to accept it. We should also invest to make our future better. If asked for what has been my favorite project, I would always answer: ‘The next one.’”

Of course, the huge successes being enjoyed by Palafox Associates should also be attributed to the exemplary management style being employed by Palafox.

“As much as possible, I also try to imbibe in the staff a discipline of gratitude by always saying thank you and giving credit where credit is due. This is also exemplified in our standards of writing business letters—we always start and end with a ‘Thank you,’” he says.

Instead of naming different divisions in the organization’s department, Palafox said his company forms interdisciplinary teams or units (unity) in order to encourage teamwork.

“Professionalism, honesty, and integrity are also very important for me. On a higher plane, honesty and integrity among architects, for instance, is reflected through our adherence to transparency, accountability, good governance, professionalism in our practices and conduct of business,” he concludes.