Fund managers welcome new rules on mining out this weekend 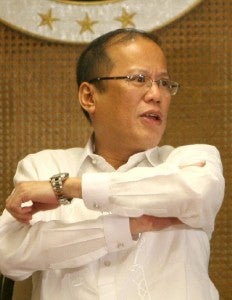 MANILA, Philippines—Fund managers hailed President Aquino’s announcement that new rules on mining in the Philippines could be out by the end of the week.

Analysts said the signing of the new executive order should mean that new mining contracts would finally be granted, helping the country tap the potential impact of the industry on economic growth.

“This will create a lot of local jobs. This will also create a lot of indirect income for communities because of the support services,” Joey Roxas, president of Eagle Equities, said on Wednesday.

The concerned government agencies should act fast and approve pending petitions for contracts by companies that comply with the requirements under the new order, Roxas said.

“The market wants to see contracts granted quickly if the government wants to show that they do not really mean to hold back the industry,” he said. “The new rules should make the environment easier for legitimate miners.”

Roxas said the Philippines had a long history with mining, with cities like Baguio and Toledo near Cebu tracing their early developments to the industry. “These cities would not exist if not for mining,” Roxas said.

He said the issuance of the order would lead to an immediate improvement in the performance of mining company stocks on the local bourse. Mining and oil shares rose 1.64 percent on Wednesday following President Aquino’s statements that the order would be out by Friday.

“If you look at the industry, they have really stepped on the brakes over the past year,” he said in an interview.

Key to the industry’s success would depend on the implementation of the new rules on mining, Castillo said. In particular, he said the government should ensure no sudden changes in the “ball game” that would turn investors off.

“With the new rules, investors will be able to make plans more firmly,” he said.