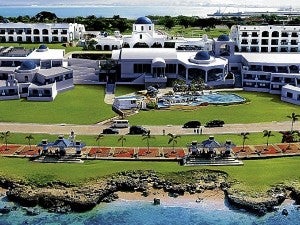 THE THREE-STORY Athena, which is near the golf course and the hotel's main lobby, in all its five-star amenities.

Athena, Chloe, Selene, Alexa and Aphrodite may surely sound Greek, but they all look good enough for guests to go on a five-hour road trip from Manila, or go down from the cool mountain breezes of Baguio to this humid province in Northern Luzon.

The destination is the luxurious Thunderbird Resorts in Poro Point, La Union, where the payback for a long trip and a hot day is a breathtaking view of the West Philippine Sea and the five-star amenities of the resort hotel, where villas with Greek names have been permanent fixtures since the Thunderbird Residences’ launch in October 2010. Thunderbird Resorts property is Santorini-inspired due to its proximity to the cliffside.

The villas are actually lifestyle beach homes dotting the 65-hectare resort-cum-golf course-cum-casino. Specifically created for vacationing families who want to rent them out or buy them, Thunderbird Residences is situated within the vicinity of the Thunderbird Resorts Hotel, an all-weather golf course, and a beach club. Soon, an expanded area will be the location of a P200-million condotel.

One of the beach homes—actually a livable model unit—is named Athena, which is a prominent structure when viewed from the hotel’s main lobby. There have been two Athena model units built, in fact.

Currently, there are 10 villas being built, but only two (including Athena) are enrolled to the Thunderbird rental program. Katalene Ross Agmata, corporate communications manager of Thunderbird Resorts and Residences, explained that each unit owner has the option to rent out or own in full the unit they would occupy. 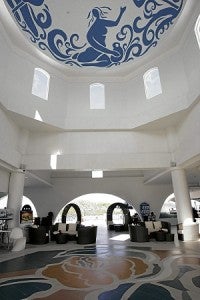 GREEK-THEMED main lobby of the hotel

Should the homeowners opt to manage their home privately, it becomes a private venture. The owners of the lots are also entitled to free playing rights to the Cliffs Golf and Beach club. Aside from Athena, four more designs—Chloe, Selene, Alexa and Aphrodite—have been approved by Thunderbird.

The 80 lots launched for the Thunderbird Residences are all situated within 15 hectares of each other, to ensure that the property maintains visual space and ambiance. “We have also committed to a three-hectare park and recreation area which will be devoted to wellness and the retirement lifestyle,” she told Inquirer Property.

The 80 lots for sale is now 75 percent sold. Agmata said that each property owner is required to follow certain setback allowances ranging between 2.5 and 5 meters. Aside from this, the planned three-hectare community park would offer lots of open spaces.

The three-bedroom Athena, which has a floor area of 310 square meter, was built at a cost of approximately P9 million. Fully furnished, Athena is being offered for P13.5 million. The minimum downpayment is 30 percent, with the balance to be paid in five years, with applicable interest rates. 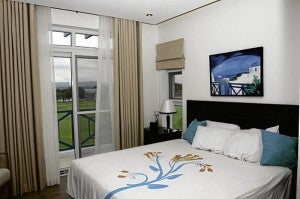 A TYPICAL bedroom of Athena.

With the same Mediterranean lines as the hotel, the Athena Villa has five-star amenities, and promises quick and efficient residential services. Guests can experience the Athena Villa living experience for P25,000 per day. This includes a breakfast buffet for six persons, plus access to all the resort amenities and leisure living, while at the same time soaking in the seaside atmosphere.

Agmata said most Thunderbird visitors come from Manila (80 percent) and Baguio, but there are also foreign visitors.

“To our surprise, casino players have not played an important role on the lot sales. Most of the sales have come from hotel guests and walk-ins,” she disclosed. 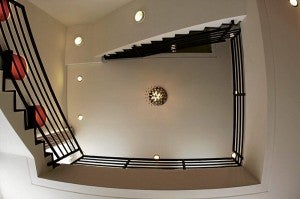 Agmata added that Thunderbird Resorts has been “regionally strong” in advertising and marketing the lots, and future condotel projects.

Thunderbird Resorts has also announced an additional P200-million investment aimed at constructing the condotel. The condotel project is expected to start this year. It is a response to address the need for more rooms in the hotels, which now has an 80-percent occupancy rate. The project effectively adds an additional 51 rooms, each offering a breathtaking view of the West Philippine Sea.

Clients who purchase a condotel unit will also have the option to enroll their units to the rental program, enabling them to enjoy significant returns on the rentals. Within this program, owners turn over their units to Thunderbird. The unit will then be managed as a hotel room.

La Union can be exceedingly warm and humid during summer, and be directly in the line of storms during the rainy season. Currently, there are plans for additional air-con units for the spacious Athena model to address the heat. Asked if the designers of Thunderbird Resort were familiar with the weather condition in Poro Point during the early years of construction, or if there had been any issue on weather, wind and storm, Agmata said this was the reason it took 18 months to build the resort.