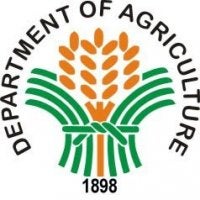 MANILA, Philippines—The government is extending a P50-million fund for a packaging plant for small banana growers to ensure that they fulfill food safety standards.

According to an official of the Department of Agriculture (DA), the government may allot as much as P50 million for a packaging facility for small banana growers in Mindanao.

The official, who refused to be named for lack of authority to speak to the media on the issue, said the original request was P70 million.

Officials from the DA and the Bureau of Plant Industry (BPI) met members of small banana growers to help them meet standards required by importing countries.

The meeting and the funding came after a Filipino quarantine team went to China to inspect bananas that were said to be infected by pests.

So far, only China filed an official complaint of infestation on fresh banana shipments. The Philippines is the No. 1 exporter of banana to Japan, South Korea, China and New Zealand.

Contrary to reports from China, there was no evidence that Philippine bananas were tested with scale insects, according to BPI director Clarito Baron.

The team noted that only mealy bugs were found in the shipments and not the harmful scale insects.

The Philippines sent 1,500 container vans of bananas to Beijing. However, quarantine officials there only allowed bananas from 290 vans to be sold in the market.

The BPI will continue to strictly monitor fruit exports to China based on the instruction of the DA to protect the country’s multibillion-peso fresh banana export market.

In the wake of China’s complaint, Agriculture Secretary Proceso Alcala had urged local banana producers to invest in better technologies and facilities. Small growers, for instance, do not store their fruits in warehouses, preferring to place them in their sheds. Alcala said they should band together and invest in a central storage house.

Bananas are a cash crop for the Philippines and the Mindanao region. The banana export industry currently uses some 80,000 hectares of land, roughly 0.8 percent of Mindanao’s total land area of 10,204,300 hectares, spread out in 13 provinces.

Bananas are the country’s second-top dollar earner next to coconut. China is the second-biggest market of the Philippines for bananas, next to Japan. Banana exports to China reached 358,000 metric tons worth P4.75 billion in 2011.