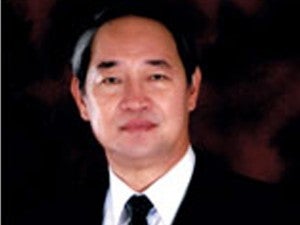 VICENTE LAO: We want to be assured our investments will be upheld PHOTO FROM MINBC.ORG

DAVAO CITY—Business leaders in Mindanao and government agriculture officials exchanged barbs on Sunday over who was to blame for the recent quarantine problems encountered by Philippine banana exports to China.

A Mindanao business leader  said the Aquino administration’s handling of the Panatag (Scarborough) Shoal issue was to blame for the woes of the banana industry.

“Had the government only approached the Panatag Shoal issue with China as a simple poaching problem and not a sovereignty issue, Mindanao banana exporters would not be having problems with the Chinese market now,” Vicente Lao, chairman of the Mindanao Business Council, said.

“But our political leaders decided to approach it differently, so we’re now having this problem,” Lao told reporters here on Friday. He said that what happened to the Philippine bananas in China was a classic example of how a simple political decision could affect business.

The banana growers’ anxiety stemmed from the recent rejection of some Philippine bananas at Chinese ports of entry reportedly over the infestation by insects of the shipment.

Mindanao-based exporters, who said they had been sending up to 800 container vans of fruit per week to China, noted that the rejection coincided with the heating up of the territorial dispute over Panatag Shoal off the western coast of Luzon.

Since March, Beijing has been turning them down, said Stephen Antig, president of the Pilipino Banana Growers and Exporters Association, adding that their loses had totaled P1 billion.

Lao said businessmen should be given a voice in government decision-making because “at the end of the day, the decisions made by politicians affect business.”

But Malacañang denied the allegations and called the attention of banana growers and exporters to “phytosanitation issues.”

Deputy presidential spokesperson Abigail Valte said yesterday the claims of banana growers that newly arrived bananas were not being allowed in by Chinese quarantine and customs officials were not true. She said 190 container vans of Philippine Cavendish bananas were recently allowed into China.

“Agriculture Secretary (Prospero) Alcala checked, and he said that the reports are not true … our banana exports are still being bought,” Valte said over government radio dzRB.

She said the easier entry of Philippine bananas into China came after Philippine agriculture officials came up with additional measures to ensure that the produce being sent to China was safe from infestation. The DA did a double-check of exports departing the country, she added.

In China, Philippine and Chinese authorities also conduct a joint inspection of the bananas, according to Valte.

“So far we’re making progress and (China) continues to allow the entry of our exports,” she said.

Valte made it clear that the banana issue with China was really a phytosanitary issue and had nothing to do with the recent controversy over fishing rights in and around Panatag Shoal—which both countries claim as part of their territory.

“(The banana issue) has always been a phytosanitary issue,” she said, noting that even before the standoff at Panatag, there were already concerns about Philippine banana shipments that Chinese authorities found to be infested with insects.

She said the results of the coordination between Philippine and Chinese authorities on phytosanitary issues or concerns related to the health and safety of plant products, had so far yielded good results because the bananas were now being allowed in China.

Valte said the Palace hoped the export of other fruits, including pineapples and papayas, would also go on smoothly with the additional inspections and safeguards put in place by the DA.

Still, Valte said, the government continues to look for other markets for Philippine bananas, such as Singapore.