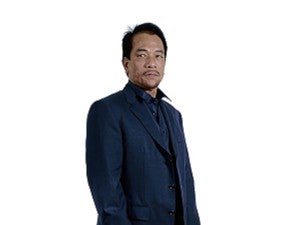 ACUZAR’S success lies on his ability to provide affordable homes and preserve the country’s past.

While most of his contemporaries are still busy working on their dream projects, Jose L. Acuzar has already built his.

“Most of our guests who visit Las Casas begin appreciating the importance of heritage conservation. We built this for our children, so that they may see and feel parts of our culture and identity as a people, not just through books or stories. That is why we try hard to relive age-old traditions and practices like songs, dances and games,” Acuzar said in an interview with Inquirer Property.

But more than being a custodian of the country’s heritage, Acuzar has since become an instrument to the realization of every Filipino’s right to own a decent home they can call their own.

Acuzar, who as a kid also once dreamt of becoming a bus conductor, recalled that he started out as a draftsman in 1975 at the Tondo Foreshore Redevelopment project, which was then under Gen. Gaudencio Tobias.

Since then, Acuzar’s passion for property development never wavered. It even became stronger and more apparent that after he became a contractor in the ’80s, he eventually established New San Jose Builders as a single proprietorship in 1986.

“We were then the go-to-guys for landscaping or steel works,” he recalled, as he shared with Inquirer his journey toward becoming one of the country’s first providers of affordable housing. 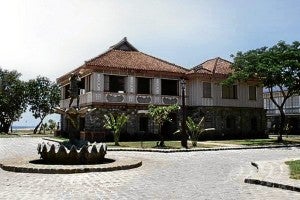 Luckily, Acuzar’s passion and strong will paid off. Together with the guidance and influence of mentors, to whom he credited much of his success, Acuzar said he was able to grow New San Jose Builders, which now has a number of affordable, quality property developments under its belt while also setting its sights to provide for the mid-market segment.

“General Tobias introduced to me the value of time as time is very important to him—he was very strict on deadlines. My management style I adopted from House Speaker Feliciano ‘Sonny’ Belmonte, while from former Mayor Lito Atienza, I learned the meaning of social responsibility and the value of kapuwa tao,” Acuzar reminisced.

It was because of these people and his strong desire to provide quality housing that Acuzar has also managed to hurdle the challenges that came his way over the past decades.

And although he knew that the Philippine real estate business will always be beset by difficulties that may be brought about by new local and global market conditions, changes in consumer needs, stiff competition and other challenges, Acuzar has since remain undeterred.

“The issues our future and current homeowners face are also ours. There is a demand but if the market can’t afford to make these purchases there is no business for us,” he added.

This is why NSJBI, according to Acuzar, is constantly looking for ways to innovate and provide better-quality housing for Filipinos at more affordable prices.

“We always try to remain the most affordable in the market,” he further said.

Acuzar likewise credits his success to spiritual guidance and his management style which, of course, is just as important in the success or failure of every business undertaking. 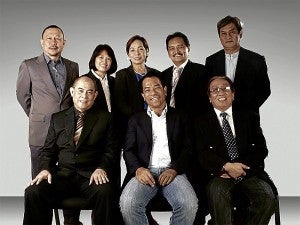 BEING a hands-on boss, Acuzar makes sure that employees who perform well are rewarded and given incentives.

“I am a hands-on boss. I am emotionally attached to my employees and my management style is performance-based. Those who perform well are rewarded and given incentives for creating milestones,” Acuzar disclosed.

Part of Acuzar’s success, of course, lies not only in his ability to provide affordable, quality homes but also in his eagerness and will to preserve the country’s past for the benefit of the future.

“Our company builds homes for the future but we also take pride in the past. I believe our greatest contribution to society is the preservation of our country’s heritage through Las Casas Filipinas de Acuzar,” he claimed.

Las Casas Filipinas is considered as a living museum and a heritage resort that is truly and uniquely Filipino. It allows modern-day individuals to have a glimpse of the past and to travel back in time with its authentic 19th-century Principalia Mansions and stone houses.

“We restored otherwise neglected structures like the University of the Philippines College of Fine Arts Building, Bahay ni Juan Luna and Bahay na Bato from Batangas. Most of these structures would have been reduced to rubble if we didn’t rebuild them here in Bataan,” Acuzar explained.

His efforts did not go unnoticed as he has already been conferred a number of awards and citations for Las Casas Filipinas, the most recent of which was given by the Rotary Club of Manila during its 8th Tourism Awards.

On a lighter note, and despite his demanding and busy schedule, Acuzar still manages to enjoy spending his free time playing tennis and going back to one of his greatest legacies, which is Las Casas de Filipinas de Acuzar.