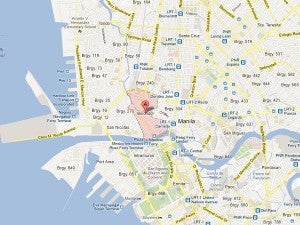 ALHI reported to the Philippine Stock Exchange on Thursday that consolidated revenues for the first three months of 2012 reached P1.23 billion, up by 71 percent from the previous year.

Earnings per share amounted to 74 centavos, up from 61-centavos in the first quarter of 2011.

In addition, the company started fully realizing rental income in the first quarter of the year from its commercial units at One Shopping Center and Mandarin Square which brought in P34.6 million for a 470 percent year-on-year increase.

Its second commercial development, Two Shopping Center, also started modestly contributing to the group’s income as the project was still on its turnover stage during the first quarter.

“We are confident that, given our strong first-quarter showing, Anchor Land would be able to hit our P1 billion net income target for 2012,” ALHI chair Stephen Lee said in a press statement.

“Our continuing focus on our niche market in the Filipino-Chinese community, combined with strong reception for our projects in the Manila Bay area, have made possible our sustained profitability over the years,” he said. “We intend to stay on this growth path for the long term.”

The 39-story Wharton Parksuites and the 56-story Anchor Skysuites, which are both under construction, are located in Manila’s booming Chinatown district.

Anchor Land has two other completed and fully sold projects in the district — the Lee Tower and the Mandarin Square.

The company is now planning more development in the Binondo area, including a commercial building to be called One Soler which will be launched this year.

The company has likewise gained a foothold in other markets with its SoleMare Parksuites at the ASEANA Business Park in Parañaque City, the first residential development in Metro Manila’s newest entertainment, tourism and leisure complex fronting Manila Bay between the SM Mall of Asia and the Pagcor Entertainment City.

SoleMare is a sprawling mixed-use complex with commercial, leisure and business facilities and was the first to turn over finished units to buyers from its Phase 1 development in the last quarter of 2011.

Anchor Land is likewise working on its Admiral Hotel redevelopment along Roxas Boulevard. The historic edifice is being transformed into a European-inspired boutique hotel that will feature a white gloved six-star hotel service. Included in the ongoing Admiral property redevelopment is the construction of a 53-story luxury residential condominium called the Admiral Baysuites which has also started contributing significantly to the group’s revenues.

The company has earmarked P4.5 billion in capital expenditures for 2012 and will launch at least five new projects to sustain its growth.