The best potential places to retire in PH 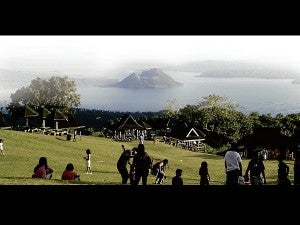 THE CITIES of Tagaytay, Baguio and Iloilo are cited among the best potential places to retire in the country.

Are there places in the Philippines potentially ideal for our baby boomers looking for a retirement haven? In view of the factors cited the past few weeks, the following were considered by Inquirer Property sources as potentially the best places in the Philippines to retire in. That also means, however, that there is still a lot of work to do to realize these locations’ potentials.

“For assisted-living facilities, I can only identify a handful, and they’re based in Laguna and Cavite. These developments are target specific toward the Japanese and Korean retirees,” said Enrique M. Soriano III, Ateneo program director for real estate and senior adviser for Wong+Bernstein Business Advisory.

Soriano, formerly marketing committee chair of the Philippine Retirement Inc. (the private counterpart of the Philippine Retirement Authority), singled out a recently opened retirement-oriented development in Laguna with a dedicated medical wellness program. He stressed that this project—Saujana Premier—could be a test case for the market. Saujana Premier has been designed for retirement-age citizens to live in an environment and a lifestyle infused with holistic wellness practices with round-the-clock professional guidance (with in-house medical doctors, plant-based nutritionists and therapists). It would be the first community in the country with complete health facilities, natural therapies and services with 25 hotel rooms, spa facilities and gym.

Lui Matti, executive director for Asset Services, CBRE Philippines, said that for retirees, a number of places in Laguna would be of interest, such as Sta Rosa, Pansol. He reasoned that the areas are easily accessible, and from there, it would be easy to travel further south or even go north to Manila when needed. “Again, the South Luzon Expressway (SLEX) and Skyway make travel a breeze, and Laguna still has many charming places to visit,” he said.

Matti said that with a rehabilitated SLEX and increasing developments nearby, Tagaytay and its cooler weather would be a great retirement option.

“An hour’s drive further south gives you the beaches of Batangas, while 40 minutes north gives you Santa Rosa, with Filinvest/Alabang next, and Manila just 20 to 30 minutes after that. Great golf all around, resorts, restaurants and casinos,” Matti enumerated.

Edgar Dizon, CBRE Philippines’ associate director for Investments and Capital Markets, said Tagaytay enjoys that unique characteristic of being both a tourist spot and a retirement haven. 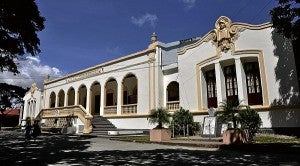 “The cool weather and the calm environment would certainly give the retirees the much-sought-for ‘comfort’ which is difficult to find from other sites where hectic days are predominant. The cost of living may be higher than standard, but cost is relative and even peace, quiet and comfort certainly has a premium for most,” Dizon said.

For Claro dG. Cordero Jr., head of research, consulting and valuation of Jones Lang LaSalle Leechiu, the areas of Cavite, Laguna, Batangas and Rizal enjoy the proximity to Metro Manila, to advanced health-related facilities, and to recreational facilities. Furthermore, there are properties that can be developed into sustainable communities. Access and assistance of local governments (to encourage locators/developers) is also a major advantage of the corridor.

Matti said this city is a good combination of urban and provincial life. The cost of living is lower than in Manila, but still with enough provincial charm and urban sophistication. There are good schools, plenty of entertainment options and adequate infrastructure. Cebu is also accessible to and from Manila and other places in the south because of the airport and low fares.

“Good food, good beaches and diving spots. The options are aplenty in this queen city of the south,” Matti added.

Calvin Javiniar, CBRE Philippines’ senior director for investments and capital markets, added that “Cebu is a beautiful city characterized by rapid growth and urbanization but still maintains its cultural heritage and spirit.

“It is also both a business hub and a tourist destination which caters well to the needs and wants of upscale retirees, both foreign and domestic. However, the city should still improve on their delivery and quality of medical facilities and services. Cebu City has always been identified as a potential destination for medical tourism.”

Matti said the increased developments happening here make this area more interesting by the day. “I know it already is one of the top retirement areas for Americans, but could be a booming area for locals as well. The Subic-Clark-Tarlac Expressway (SCTEX) offers ease of mobility in the region, and having the main airport move there will certainly add to the already rapid change in the area. The food in Pampanga helps, too. But it’s hard to determine at this point what the final face of Clark will look like.” 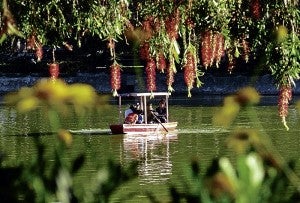 Matti said traffic in the summer capital of the Philippines has never been worse, especially during the flower festival (Panagbenga) and Holy Week, but the weather and air (depending on the specific location here) is still generally fresher, which is a serious consideration for a retiree. “Travel time has improved with the (progress in) North Luzon Expressway (NLEX) and SCTEX, but is still quite a distance. It would still be difficult to do a day trip to Manila from here,” he added.

Matti said lower cost of living and the charm of these cities could be top draws for many retirees. “People are definitely friendly and very connected to Manila. Having friends and/or family here will surely help.”

Edgar Dizon, CBRE Philippines’ associate director for investments and capital markets, said Dumaguete has “urbanized” immensely over the last few years, but the gentleness and the politeness of the people have remained. Since retirement is about living comfortably, retirees being around good-natured people can certainly make “community” living worthwhile. While local and foreign visitors come in and out for business and leisure, the congestion and (young and adventurous) tourist saturation is not prevalent.

Believe it or not, the nation’s capital mega-city has its plus factors for retirees. Cordero said the things going for Metro Manila would be the mature property developments and advanced health-related facilities, as well as the presence of highly developed infrastructure. The biggest downside, however, would be the deteriorating quality of the environment and traffic problems.

Soriano added that Batangas, Davao, Cagayan de Oro and the Clark/Subic corridor possess most of the required retirement elements. “These locations have the minimum standards for a retirement haven, especially for the active retirees 45 to 75 years old,” Soriano said.

The Metro Cebu, Metro Davao and Subic/Clark corridor are also ideal because of their connectivity. Soriano explained this would be due to the presence of direct flights to Metro Manila and other key cities in the Asia-Pacific region, and availability of properties to be developed into sustainable communities. The perceived problem on power supply in Cebu and the “safety” issues in Davao (and the Mindanao region, in general) should be addressed, however.

• Bohol, Aklan (including Boracay) and Palawan

Cordero said the completion of the new international and local airports would significantly boost the inherent advantages of these locations (which are the availability of properties for development and proximity to recreational/natural attractions). However, the health-related facilities in these areas should be further developed.

Cordero said these areas are located near or with improved access to the traditional hubs of growth and development, and should take advantage of this proximity. These areas could be considered the “next wave” areas of development due to availability of suitable properties for development (and for its proximity to natural attractions). To make these places ideal for retirement facilities, the health-related facilities, access/infrastructure development, supply of utilities and further support from the local governments should be enhanced.

Cordero concluded: “Being a warm, hospitable people and the presence of natural attractions (almost anywhere), we consider any place in the Philippines as the ideal place to accommodate retirees. These areas (specifically mentioned), however, have had the upper-hand in developing the support facilities crucial in developing sustainable retirement facilities.”

Soriano added: “Property developers are averse to calling their projects as ‘retirement villages’ as it has a perceived limiting effect. They are more focused in creating masterplans that appeal to mainstream homebuyers with an incidental component that would attract baby boomers.”