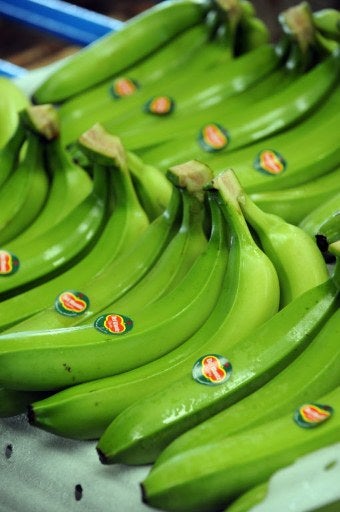 DAVAO CITY, Philippines – Mindanao fruit exporters said the foreign office got it all wrong when it announced that only 150 container vans filled with bananas, and not 1,500 as the Inquirer had originally reported, were being held for quarantine inspection by authorities in various ports in China.

“How did it become 150? At the Shanghai port alone, we have a minimum of 500 container vans being held,” Analee Javellana, secretary of the Mindanao Federation of Banana Exporters’ Association, said in an interview on Thursday.

The federation is made up of small exporters.

“I think they [government officials] got the wrong figures,” Antig said, “definitely, not just 150 container vans.”

Citing Antig, the Inquirer reported on Saturday and Sunday, that Chinese authorities were holding up to 1,500 container vans filled with bananas in the ports of Dalian, Shanghai and Xingang. On Tuesday the Department of Foreign Affairs, citing Agriculture Secetary Proceso Alcala, said only 150 such containers were being held by Chinese authorities.

On Thursday, Antig said of the shipments being held in various Chinese ports, around 240 containers vans were to be returned to the Philippines.

“But we are still trying to confirm from what Philippine ports the container vans originated and whose shipments these were,” he said.

When told that the national government had declared that only 150 container vans were held by Chinese authorities after finding some of them infested with harmful kind of insect, Javellana said, “We were the ones who exported them, so we knew these figures.”

“The figures were given to us by each of the individual exporters because each of us has our own volume and, grouped together, we came up with that volume,” added Javellana, who exported 15 container vans to China.

Philexport Mindanao said it has notified the Department of Agriculture about the wrong figure so that the government can correct its statements on the number of containers being held in Chinese ports.

Agriculture Secretary Proceso Alcala said during a visit here Monday that the quarantine procedure being implemented by Chinese authorities appears to be normal and that it had nothing to do with the Philippines-China dispute  over the Panatag (Scarborough) Shoal.

He said because the quarantine procedures were possibly not political, the government would continue to encourage exports to China.

“The exports will continue. If we will stop, we will be misconstrued as the one at fault in relation to the Scarborough Shoal standoff,” he told reporters here.

Alcala said what the government did to satisfy stricter Chinese quarantine rules is to impose “zero tolerance and 100 percent inspection of exportable agricultural products to ensure that they are free from any contamination and safe.”