UN: HIV may afflict almost half of Asia-Pacific transgenders 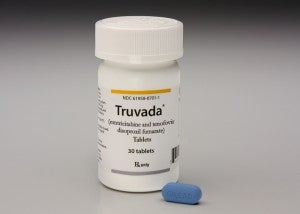 BANGKOK—Nearly half of transgender people in the Asia-Pacific region could have HIV as poor healthcare and high-risk lifestyles push infection rates to “critical levels”, a UN report said Thursday.

The region’s estimated 9-9.5 million transgender population is “bearing the brunt of the HIV epidemic”, the UN Development Program study said, adding that figures suggest 49 percent of the community could be infected.

The figure is drawn from anecdotal evidence of infection rates among trans-women — men who become women — taken from the “scattered and often small-scale research” available across the region, the UNDP said.

Report author Sam Winter, of Hong Kong University, urged governments to take note of the “burning need to address a very human crisis”, pointing out many transgender people end up working as prostitutes and having unsafe sex.

“Social exclusion, poverty and HIV infection contribute to what we call a ‘stigma sickness slope’ — a downward spiral that is difficult to reverse,” he said in the “Lost in Transition” study.

Billed as the region’s most comprehensive study, the report collates information from the last 12 years, painting a picture of hardship for many transgender people, who lack basic healthcare and emotional help.

It recorded cases of “backyard” sex change surgery including castration and the widespread use of unsafe industrial silicone for breast implants among those who cannot afford quality healthcare.

Often transgender people leave home at a young age in response to family disapproval, drop out off school because of bullying and struggle to find work, which pushes them into prostitution, it said.

But the study also highlighted positive developments, noting an increasingly confident transgender identity has taken root. It also detected greater will from the community to engage with mainstream services and policy discussions.

“The creation of advocacy networks, community-based organizations and non-government organizations devoted to empowering our communities is a source of joy,” according to Thai transgender activist Prempreeda Pramoj Na Ayutthaya.