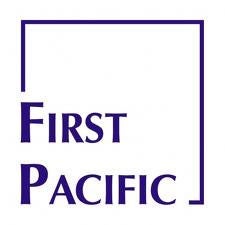 MANILA, Philippines—The First Pacific group will invest around P73 billion in the Philippines this year through various operating businesses such as water, toll road, power generation, hospitals, telecommunications and mining.

Manuel V. Pangilinan, chairman of the PLDT, MPIC and Philex Mining, said Philex would spend around P7.7 billion in 2012. This amount is more than double the usual capital spending earmarked by Philex every year.

Pangilinan said about P1 billion of Philex’ capital outlays would go to the gas exploration project of the UK-based Forum Energy Plc., which has been controlling 70 percent of Service Contract No. 72 in Recto Bank. The block is located off the northwest coast of Palawan Island along the Recto Bank and was earlier reported to have a resource bigger than the Malampaya project.

Forum’s controlling stockholder is the oil and gas exploration unit Philex Petroleum Corp., which has a 64.45 percent stake.

“There’s an overall work commitment to government, which we intend to comply with, and that includes drilling several wells within the year,” Pangilinan said.

Pangilinan recently met with officials of state-owned China National Offshore Oil Corp., one of China’s leading oil companies, for potential partnership in SC 72. About $70 to $75 million is seen needed to undertake the exploration project in SC72.

The remainder of the Philex’ capital spending would go to the mining project in Padcal as well as in exploration projects for new mines, including that in Silangan, Pangilinan said.

Asked about Philex’ interest to acquire additional shares in Lepanto Consolidated Mining or acquire direct shares in Manila Mining, Pangilinan said: “If shares were available, we’d like to do that but as of now, there’s nothing happening in that front.”

Read Next
Ayala Corp. raises P10B from 15-year bonds
EDITORS' PICK
Patients ‘almost die’ waiting for Kalibo hospital beds to free up, says mayor
The vivo V21 drops its price to equip the influencer in you
Aklan gov to request for ECQ if COVID-19 cases will further increase
Smart reaffirms dominance as the Philippines’ fastest 5G mobile network
US, Indonesia commit to South China Sea defense in ‘strategic dialogue’
Why REIT investment makes sense
MOST READ
‘Hatid-sundo’ for APORs not allowed during ECQ — PNP
Pacquiao seeks PNP’s help, wants ‘forged’ PDP-Laban memo probed
Anxiety over paltry lockdown aid: ‘We will die of hunger’
‘At peace’ with effort, EJ Obiena establishes himself among PH’s greatest ever
Don't miss out on the latest news and information.