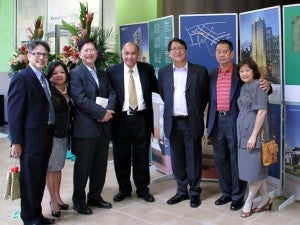 MILPITAS, California— “No distance is too far for Filipinos,” said the Ayala flyer. Indeed, particularly when the distance is between the US and back home, the Philippines. Money remittances breach that distance in seconds…but what Ayala Land refers to is going back home for a rest, retirement or investment. Like a robin flying home to roost, the distance is never too far.

Antonio Aquino, president of Ayala Land International, was on hand to cut the ceremonial ribbon opening the doors of the first Ayala Land office in the US in the city of Milpitas. At a press conference held after the formal opening, Aquino said that the economic landscape in the Philippines is better now and showing positive growth. He is confident that Filipinos will be investing back home. Not only will the return on investment higher compared to US or Europe, they will help boost the economy of the other country they call home.

Aquino said that the US office will offer the breadth of products and services the Ayala group of companies is known for including tourism. The Ayala group recently purchased the prestigious “El Nido Resort” and has entered the tourism business. They have also started putting up Ayala branded hotels called “The Cocoon” to cater to locals, foreign tourists or Filipinos traveling from abroad.

It’s no surprise then that the Ayala Group is now ready to service the needs of their Kababayans in America. But why in Milpitas? Sometime in the early 2000, Ayala Land International built its first Filipino owned mall here called Seasons Market Place at Landess Street. For its anchor brand, it has the biggest Filipino owned chain-supermarket, Seafood City with 21 superstores in three states. Within the mall can be found popular Filipino restaurants and boutiques. There’s Goldilocks, ChowKing, Red Ribbon, Max’s Chicken, Café Adventure (serving Café Barako), Beard Papa and other Asian shops.

Milpitas’ twice elected mayor Filipino American Jose Esteves said that it was a confluence of events and timing why Ayala Land chose his city. Land was available and the price was right. He also was proud to say that Milipitas has recently been crowned as the town with the largest concentration of Filipinos in Northern California (unseating Daly City). It is also part and parcel of Silicon Valley, where young affluent technocrats live and work. The Ayala brand is a perfect fit for the mix of ethnicity and wealth in this area.

‘It’s all about customer service’ 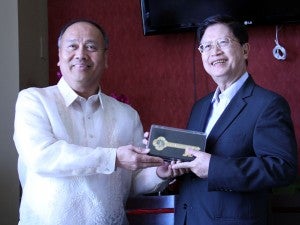 Thomas F. Mirasol, assistant vice president of Ayala Land, said “It’s all about service. Through the opening of the ALI Milpitas Office, we are initiating the company’s permanent presence in the United States.”

“What has given us the advantage in the US market is the brand. People may not know our customer service representatives and even our managers, but they know the brand, Ayala Land. They trust us enough that they choose from our real estate developments and trust that with us, they get the most [out] of their investment for their families—their homes,” said Mirasol.

Read Next
Asean integration to create new ‘growth force’, says ADB economist
EDITORS' PICK
Japan brings back virus restrictions over Omicron surge
Gear up and get ready to play with Yamaha Mio Gear
Over 3 Million worth of prizes to be won at Smart Padala’s SENDali Manalo Promo!
Uproar over no vax, no ride policy: Maybe it’s time for gov’t to say sorry—Bello
97% of COVID-19 beds at PGH currently occupied
Acer starts the year off strong with the Aspire Vero National Geographic Edition
MOST READ
1Sambayan names 7 aspirants in its 2022 Senate lineup
Emma Stone calls Andrew Garfield a ‘jerk’ after he ‘lied’ about his ‘Spider-Man: No Way Home’ appearance
Guevarra to Acosta: Obey rules on unvaccinated
PH to import 60,000 tons of fish to cover shortage
Don't miss out on the latest news and information.