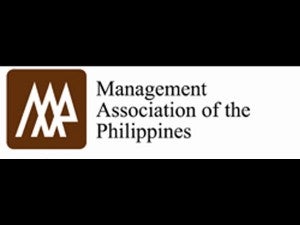 RECOMMENDATIONS FOR AQUINO. Days before President Aquino’s State of the Nation Address, the Management Association of the Philippines has come up with over 200 recommendations for the enhancement of the country’s competitiveness.

The Management Association of the Philippines has drawn up more than 200 recommendations on 25 different sectors and issues for possible inclusion in President Aquino’s upcoming State of the Nation Address, or SONA.

In a briefing on Tuesday, MAP president Felino Palafox Jr. said the country could increase its competitiveness by focusing on three key issues: corruption, criminality and climate change. These were all considered in the group’s recommendations, which were submitted to President Aquino.

“By forming MAP [Public-Private Partnership] Task Forces that will work with government agencies, we hope to help build a globally competitive nation without corruption and we hope to continue advocating for country above self, which requires walking the talk and sacrificing self-interest for the country and the environment,” a 22-page summary of the recommendations said.

“The present committees and task forces will help selected government agencies pursue their mission and achieve their goals in order to sustain a culture of integrity,” it added.

The 25 task forces had come up with an interim list of recommendations, which were submitted to Aquino to consider for possible inclusion in his second SONA on July 25.

Final recommendations should be in place by end-September, in time for the preparation of the national budget.

The group also recommended that 200,000 classrooms be put up within two years by tapping the private sector for help, that the government support the private sector-led Integrity Initiative, that more aggressive steps be taken to reduce energy costs, that the country adopt a central branding strategy for the Philippines, and that policies be put in place for disaster preparedness and prevention.