SMC sells 60% of Bank of Commerce 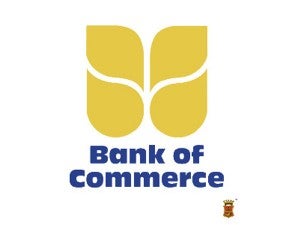 San Miguel Corp. has finalized a deal to sell a controlling stake in medium-sized lender Bank of Commerce to Malaysian banking giant CIMB Group for more than $200 million.

An Inquirer source privy to the transaction said SMC had agreed to sell “almost 60 percent” of the banking unit to CIMB for a consideration of between $200 million and $250 million. The final agreement was targeted for signing within the next few days, the source added.

The buy-in deal with CIMB was seen to allow San Miguel to focus on new ventures such as power generation and infrastructure while still participating in the growth of the bank as a minority investor. The San Miguel group, through San Miguel Properties and San Miguel Retirement Fund, owns about 79 percent of Bank of Commerce, which means that the transaction will keep the local conglomerate as a strategic partner in the bank.

The deal was finalized after CIMB’s due-diligence audit on the bank during the past few months.

“Given the aggressiveness of SMC to reconsolidate its holdings with the takeover of Philippine Airlines, power assets and other possible acquisitions overseas, it needs such liquidity to help acquire more businesses,” said Astro del Castillo, managing director at local fund management firm First Grade Holdings. “It seems like SMC continues to roll out the barrel, disposing some assets and using cash to focus on what will be good for it in the long run.”

For Bank of Commerce, Del Castillo said CIMB’s entry could make the local bank “a player to keep an eye on.”

“It will be major player. Definitely, it will help Bank of Commerce be at par with the big banks. The financial and technical expertise of the new investor will definitely be an exciting event in the years to come,” he said.

CIMB, Malaysia’s second-biggest bank, has about $98 billion (P4.12 trillion) in assets, or bigger than the resources of the top three Philippine banks combined. It has long been seeking to gain a foothold in the Philippine banking system as part of its ambition to become a strong regional player especially as the Association of Southeast Asian Nations (Asean) veers toward economic integration by 2015.

CIMB claims to have the widest retail branch network across the region and packages itself as an “indigenous Asean investment bank.”

The Malaysian bank is likewise buying most of the Asia-Pacific units of the Royal Bank of Scotland, which has been rationalizing its operations in the region.

Based on the fourth quarter 2011 statement of financial condition, Bank of Commerce had assets of P96.03 billion, making it the 16th-largest in the country in terms of resources.

The entry of CIMB is also seen allowing Bank of Commerce to improve its profitability and asset quality ratios. The local bank has a return on equity of 4.38 percent and an above-industry non-performing loan ratio of 10.47 percent.

SMC, which gained control of Bank of Commerce in 2009, has been diversifying out of its traditional food and beverage businesses over the last few years. It has entered the power, oil, toll road, mining, airport and telecommunications businesses and, most recently, bought a substantial stake and management control of flag carrier Philippine Airlines in a $500-million buy-in deal.