DOH: Fistful of fruits, veggies a day to keep you healthy, cancer-free 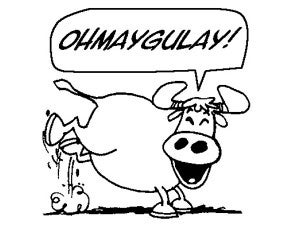 The Department of Health (DOH) on Wednesday made this strong reminder to Filipinos, many of whom are red-meat eaters, to mark National Colorectal Awareness Month, which is globally observed in March.

In a press conference, Health Secretary Enrique Ona underscored the country’s need to pay more attention to this type of cancer, ranked fourth among the common cancers affecting Filipinos.

In 2010 alone, 5,787 Filipinos were reported to have been diagnosed with, or treated for, colorectal cancer.

The figure—culled from the database of the Philippine Cancer Society, reimbursement records from Philhealth and other “selected sources”—may go even higher as it merely represented reported cases, Ona said.

“We want to make sure that the people are knowledgeable about this serious noncommunicable disease … what they should know and what they can do to curb the incidence,” he said.

Globally, about 1.23 million new cases of colorectal cancer, which starts either in the large intestine or the rectum, are detected every year.  More than 50 percent of these may develop into advanced diseases and approximately 608,000 deaths are annually recorded.

Dr. Dennis Tudtud of the Philippine Society of Medical Oncology also noted that even if the cancer had afflicted notable persons, like the late President Corazon Aquino, it had not yet reached the level of public awareness of the “more celebrated malignancy,” which is breast cancer.

“The late President Cory Aquino had this disease but still it did not reach the level of awareness and commitment as breast cancer has … maybe because it has something to do with [poop],” Tudtud said.

Among the other key personalities that had been diagnosed with the cancer were Pope John Paul II, US President Ronald Reagan, Hollywood actress Audrey Hepburn and Peanuts creator Charles Schulz.

While the illness affects more men than women, people aged 50 and above are vulnerable to colorectal cancer and one of four of them may have polyps or inflammatory bowel disease, a colon cancer precursor. Other risk factors include family history of colorectal cancer, ovarian cancer or breast cancer.

Tudtud said a high intake of red or processed and barbecued meats, obesity or excess fat around the waist, smoking, excessive consumption of alcohol and a sedentary lifestyle were among the risk factors that can be controlled.

Regular exercise for at least 30 minutes, kicking the smoking habit, cutting intake of red meats like steak and increased consumption of fiber-rich vegetables and fruits will help prevent the disease.

The ideal intake of fruits and vegetables should be at least five servings a day, said Dr. Felycette Martinez-Lapus, president of the Philippine Society of Medical Oncology. “A serving is equivalent to the size of a fist,” said Lapus.

Early detection, which can be done through consultation, digital rectal examination, fecal occult blood test and colonoscopy, among other tests, also increases the chances of curability and survival, she said.

Rectal bleeding or anemia may also occur in persons over 50 years old.

Lapus said Filipinos must modify their lifestyle in order to prevent the disease. “We want to focus on the prevention,”  she said.  Chemotherapy treatment of colorectal cancer can range from roughly P30,000 to P50,000 while diagnostic tests and surgery can cost between P100,000 and P150,000.