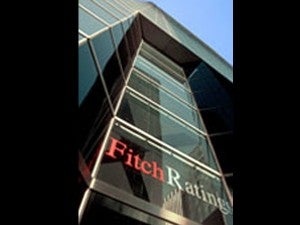 The Philippines enjoyed another boost to its international image as Fitch Ratings upgraded the country’s credit rating to just a notch below investment grade.

With the decision, the Philippines’ credit rating on its long-term foreign obligations now stands at BB+, an improvement from the previous BB.

According to Fitch’s projections, the Philippine government’s budget deficit for 2011 would stand at 3 percent of the country’s gross domestic product, an improvement from the 3.7 percent registered last year.

Fitch said the country was on track in meeting its medium-term fiscal development goals, citing recent improvements in revenue collection by the government. Revenue collection grew 18 percent in the first four months from the same period a year ago, it noted.

The credit-rating firm said that should revenue collection growth continue, the county was well poised to reduce its overall debts over the medium term.

The country’s debts stood at 57 percent of its GDP in end-2009, but Fitch said there was a chance the figure could decline to 50 percent by end-2013.

The favorable credit actions came following pronouncements by the country’s finance and monetary officials that upgrades were overdue as they cited better economic figures for the country.

Finance Secretary Cesar V. Purisima said the government would strive to attain its goal of investment grade-credit rating “at the soonest time possible.”

“The Fitch upgrade is the fourth positive ratings action in the 11 months of the Aquino administration and is unprecedented in Philippine history,” Purisima said.

The finance chief said Fitch’s move was another “objective vote of confidence” that the Philippines was headed in the right direction.

“There will be no letup in our campaign to prosecute, convict and jail tax evaders and smugglers,” Purisima added. “We will work doubly hard to ensure that the investment-grade rating comes sooner rather than later.”

“The Philippines’ strengthening credit profile continues to be internationally recognized by both markets and the rating agencies. Today’s upgrade from Fitch Ratings brings the Philippines one notch closer to investment grade status and is a clear acknowledgement of the country’s improving macroeconomic fundamentals,” Bangko Sentral ng Pilipinas Governor Amando Tetangco Jr. said.