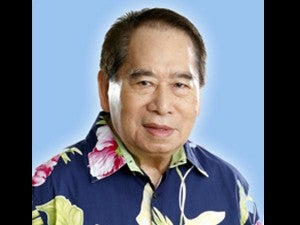 MANILA, Philippines—A booming stock market has expanded the Philippines’ billionaires’ list to a record 11, with the combined wealth of the 40 richest also hitting an all-time high, Forbes.com said Thursday.

Shopping mall king Henry Sy, 86, saw his assets surge 44 percent to $7.2 billion over the past year and remains the Philippines’ richest man, the website said in its annual update of the country’s wealthiest.

Six Filipinos became billionaires for the first time as the paper value of their shares in listed companies soared, boosting their select group’s numbers to a record 11.

“The Philippines’ economy grew only 4.9 percent in the first quarter of the year… off from 8.4 percent in 2010, but the country’s stock market is booming,” Forbes said, explaining the surge.

“The stock exchange’s composite index is up 27 percent since last year, surpassing its 2007 benchmark.”

This also lifted the combined fortunes of the country’s 40 richest to an all-time high $34 billion, up from last year’s $22.8 billion, the website reported.

Among the six new billionaires are construction magnate David Consunji, 90, and port operator Enrique Razon, at 51 the youngest Filipino with 10-figure assets.

Ongpin, a key San Miguel shareholder, was the biggest gainer as his wealth increased more than four-fold to become ninth-richest at $1.3 billion, owing mostly to his other investments in a listed gold mining firm.

The youngest on this year’s Filipino richest list was Edgar Sia, a 34-year-old college dropout now worth $85 million after selling his chicken-barbecue restaurant chain Mang Inasal to Jollibee.

Forbes said the Filipino rich were also among Asia’s most magnanimous.

Lucio Tan sent 700,000 bottles of water to tsunami-hit Japan, and his charity foundation has been a big backer of teacher training, medical missions and housing for the poor, it added.