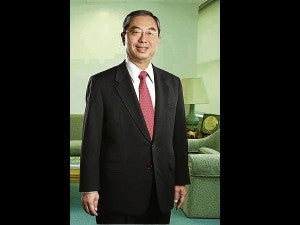 Successful property developers often tell stories of how their strong passion to build structures and their revolutionary visions to change the Philippine landscape, have fueled their victories in a fiercely competitive real estate sector.

After all, those two factors are admittedly highly crucial in driving the success of one’s projects amid potential challenges and downfalls that could be met along the way.

But in the case of Guillermo D. Luchangco, his foray into the thriving Philippine property sector was simply and entirely borne out of an “entrepreneurial opportunity” that he wanted to take advantage of.

Luchangco, who is the chair and CEO of investment house Investment and Capital Corp. of the Philippines (ICCP), admitted that he never even dreamed of building houses.

As an MBA graduate from the Harvard University, Luchangco have successfully climbed the corporate ladder by working as a research and development packaging engineer at Procter and Gamble, and later on as the managing director and regional coordinator for management services in Asia for SGV, among other corporate positions.

It was only in 1988 that he decided to put up ICCP, which was basically an investment banking institution whose main services include financial advisory and mergers and acquisition work, equity underwriting and debt syndication. The company has since become one of the leaders among boutique investment houses in the country today, according to Luchengco.

The entrepreneur in Luchangco however had pushed him to put up a project development arm for ICCP, through which he would identify an area of opportunity that was not yet properly served and then form a consortium to develop a business in it.

And one of those areas he had identified was the property sector. Since then, ICCP has been aggressive in putting up various structures from industrial parks, buildings, down to residential communities.

In 1989, ICCP established the Science Park of the Philippines Inc., a subsidiary that has been tasked to put up world-class industrial parks. A year after, the Philippines, through the ICCP, saw the opening of the World Trade Center in Pasay.

This was and still is, considered a landmark project that has linked the Philippines for the first time, through World Trade Centers Association in New York City, to a global network that provides businessmen with services and facilities needed to make the conduct of international trade easier, faster and cheap. 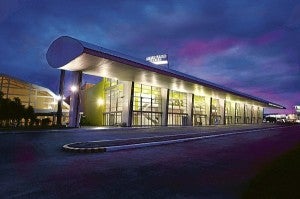 But Luchangco wasn’t the kind of man to rest on his laurels, such that by 1993, he had already put up ICCP’s residential development arm, Pueblo de Oro Corp. “In 1993, I realized that there was a tremendous backlog in housing, and supply could not catch up with demand. So I decided to go into residential and mixed-use property development,” he said in an interview.

Today, Pueblo de Oro Development Corp. is an active developer with projects in various parts of the country. Its flagship project is the 360-hectare Pueblo de Oro Township in Cagayan de Oro, but it has since expanded to Cebu, Laguna, Pampanga and Batangas.

“In all these endeavors, I set a demanding target of quality, integrity and ethics, which became a hallmark of ICCP Group. I also tried to make each company distinctive in its field, with its own unique features that would enable it to stand out,” Luchangco explained.

Luchangco believes that the huge success being enjoyed by the ICCP Group can be credited as well to “luck” and the company’s drive to be “world class in everything we do.”

“We always try to match up with best practices, to do quality work and to hold ourselves up as a paragon of integrity and ethics,” he said.

“We do not try to cut corners, even in areas not obvious to the naked eye. For instance, in Cagayan de Oro, we installed elaborate drainage systems, a major drainage outfall down to the valley 80 meters below, and a 27,000-cubic-meter detention pond to contain overflow water from heavy rains and typhoons.  Our 360-ha. township was not affected by Tropical Storm ‘Sendong’, and we in fact ended up helping supply water to the city when its own system broke down during the flood,” he further explained.

And ICCP’s integrity, along with Luchangco’s has not gone unnoticed.

Luchangco has been chosen as one of 25 most ethical business leaders by Finex (Finance Executives of the Philippines) in a book titled “Paragons.”

“ICCP was the first investment house approved by US Agency for International Development to work on their privatization projects. Clients come to us knowing that we will always have their best interests in mind, and that we will render work of the highest quality,” Luchangco further claimed. 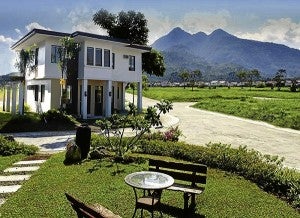 The ICCP chair further credited the company’s success to his able workforce.

“In our industrial parks, this takes the form of the best and most complete on-the-ground management teams. They take care of safety and protection, relationships with both the local governments and the local communities and the smooth operation of the projects,” he said.

“We even have our own trained firefighting force on site.  In the case of our residential developments, the Pueblo de Oro Township in Cagayan de Oro, for instance, not only has its own fire truck and firefighting crew, but it also has a township relations manager, whose task is to liaise with the residents and business locators of the project and to handle any complaints and problems,” he noted.

While ICCP has so much on its plate right now, Luchangco admitted that he still finds time unwind, admitting to Inquirer Property how he and his wife love dancing. “In my leisure hours, I enjoy spending time with my family.”

“My wife and I enjoy dancing once in a while, and we can sometimes be seen indulging this pleasure in Conways or RJ Bistro or at parties,” he concluded.