With interiors come the sweet taste of success 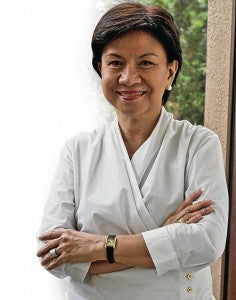 Alice Erfe practically had all the trappings to become a successful doctor: an unwavering passion, a keen eye for details and an innate expertise to piece things together.

Except that Erfe fears the sight of blood—a liability for one pursuing a medical career, but which, ultimately drove her to pursue another course that was closer to her heart than she had then realized: Architecture.

“When I was young I always wanted to be a doctor, even if I come from a family of engineers and architects,” Erfe narrated in an interview with Inquirer Property.

As she was growing up, Erfe—who currently heads her own firm, Erfe and Associates—recalled that she has been constantly renovating her room and their house, and making diagrams where she would put her bed. Add to that, she had seen her cousins prepare for their architecture presentations, further inspiring her to pursue this career option.

“Just before I enrolled for college at the University of the Philippines, I already decided to go into Architecture because I felt that in all those years that I have been trying to renovate our house and then dream about the room that I wanted, that was where everything was going to. Even my parents were surprised when, after I came from UP to enroll supposedly in medicine, I told them, that I instead went for Architecture,” Erfe explained. 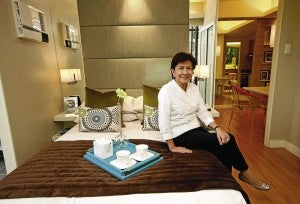 Since then, Erfe has become a well-known, respected household name, not only in the architectural field but in interior design as well. And that is meant quite literally because Erfe caters to a long list of mixed customers from conglomerates to individuals—designing their offices, buildings, commercial establishments, condominium units, rest houses and even mid-market homes.

Some of her more notable projects included those with Ayala Land, Filinvest Land, Rockwell Land and Subic Bay Yacht Club.

“My being an interior designer happened more by chance. I was already working for architect Felipe Mendoza but after three years, I gave birth to my second child, who has a heart problem. So I decided to resign,” Erfe narrated.

While Erfe initially opted to stop working early on in her career, the call of her craft proved to be too strong that even while she stayed at home, she found herself designing furniture.

“My husband saw my love for the craft, so we started a furniture business. It was a small shop but I was designing the furniture and at the same time, designing houses. To sell my furniture, I would provide free designs for my clients. I teach them how and where to put my self-designed furniture,” she explained.

Erfe’s reputation grew as an “interior contractor” and was eventually hired in the early ’90s by Ayala to be a consultant for the renovation of Hotel Intercontinental.

Later on, after she had set up Erfe and Associates in 1995, she became a “sourcing” consultant for Rockwell Land. 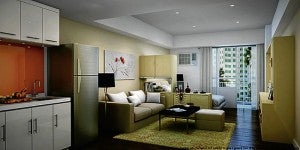 ERFE believes that every project should be designed for the user, every space, for a specific purpose.

“My love for the interiors grew because I am both the designer of the shell (as an architect) and I can do the inside of the shells (as an interior designer),” Erfe revealed.

Although an architect by profession, Erfe is also a licensed interior designer by virtue of the “grandfather’s clause” which, according to her, allowed people who have been practicing interior design for more than 10 years to acquire a license.

Setting up Erfe and Associates, just like any other business, did not come easy, according to her.

“There were times when you think you would not make it through the year and then luckily, projects would start to come in, mostly referrals as we don’t advertise ourselves,” Erfe shared.

But the fulfillment that Erfe finds in each project largely fueled her drive to move  the company forward despite the challenges she had met early on.

The company’s success, perhaps, can also be credited to her “generosity” as she firmly believes in allowing more people to enjoy the benefits of hiring consultants like her.

“That’s why we accept projects of low- and mid-end corporate interiors for model units and we make them look like high-end. We could sense from (those who hired us) that they feel excited when their small unit would look like a high-end condo just by putting furnishings that are affordable but still with the color pallet or style of high-end interiors,” Erfe explained.

Since it was put up in 1995, Erfe and Associates has then managed to pull through, and has now earned a distinct reputation among peers and clients, as evident in the long list of projects that it has completed in close to 17 years of providing consultancy services.

For Erfe, the sweet success of her career would not be possible without the help and support from Architect Mendoza, whom she considers as her first mentor and whose working style she said she copies; her dad, who is an engineer; and her husband, who has always encouraged her with her projects.

And while she may be considered as one of the country’s best interior designers, Erfe said: “I would want to be remembered as an architect because just getting my profession as an architect was a very tough job during my time—getting to graduate within five years and finishing Architecture without computers. It’s all manual… We went through a very, very tough time learning. But I think we were also given a well-rounded education because we were educated not only in architecture but in engineering as well.”

As such, Erfe makes sure her works always abide by the architect’s mantra: form follows function.

“I make sure all our interiors and architectural projects are designed for the user and that every space that I design is for a particular purpose,” Erfe concluded.