On the radar but not yet at the center, expert observes | Inquirer Business
Close
menu
search

On the radar but not yet at the center, expert observes 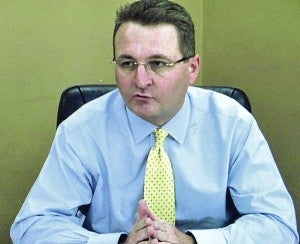 Manila’s two-place climb in the global investment climate—from 20th to 18th—in the Emerging Trends 2012 Asia Pacific Survey conducted by the Urban Land Institute is but a small step toward changing the mindset of world-class investors. For the Philippines to become a serious investment destination, the country itself should change its business mindset.

That, in a nutshell, was what Carlos Rufino, Urban Land Institute founding chair, told Inquirer Property during a December 2011 interview. Rufino, who is also the president of TheNet Group and Forbes Park Association, urged that the country should weigh its priorities, especially now, as he observed, “We are not an investment destination yet. We are far from it.”

The Emerging Trends survey provides an outlook on Asia Pacific real estate investment and development trends, real estate finance and capital markets, and trends by property sector and metropolitan area. Covering 21 markets in the Asia Pacific, the survey is based on the opinions of more than 360 respondents who are internationally renowned real estate professionals, including investors, developers, property company representatives, lenders, brokers and consultants. 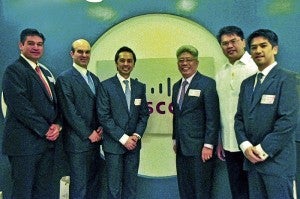 Simon Treacy, ULI trustee and ULI South Asia chair, in an exclusive Inquirer Property interview last month, said he hoped the Philippines would make progress and stressed that the most relevant change would have to occur in the REIT (Real Estate Investment Trust) law. “It would be fantastic if the industry and the government can finally agree about the REIT law.”

Treacy told the January 19 crowd that personally, and with his investors, he would be hesitant talking about the Philippines until the REIT law is enacted.

CB Richard Ellis Philippines chair and CEO Rick Santos said the Philippines is “definitely on the radar,” citing the presence of the BPO sector and multinationals. “It’s not in the center of the radar, but it’s there.”

For Asia Pacific as a whole, Emerging Trends points out economic woes in the United States and Europe have been weighing upon local economies in the region as well as in Australia.

“Asia has no shortage of investment capital, and until the middle of 2011 there was more concern over inflationary pressures than lack of demand,” Tracy said.

“Suddenly, however, the prospect of a global relapse into recession had created mounting unease. There will be ongoing and significant uncertainty in the global and regional economies and real estate markets over the coming 12 months. Is this a crisis or opportunity? It’s both. Asia has entered the twilight zone, as there is still much to play out globally, given the debt and political issues in the States and Europe. It’s certainly time to reduce risk, focusing on cash flow as the report suggests.”

Emerging Trends noted that GDP growth for the country looks resilient despite global concerns, with over 4.6 percent growth estimated for 2011, followed by a slight increase in 2012 and stabilization at 5 percent from 2013 to 2015. Recently overtaking India as the largest supplier of call center services, the Philippines must continue to strive for domestic-based employment to sustain growth.

The survey described Manila’s investment climate as such: “A new government and a surge in foreign investment in the BPO market-back office and call centers, for the most part—have helped the commercial real estate market, boosting the city’s 2012 investment prospects to 18th from 20th. Development took an opposite turn this year, falling six spots to 17th.”

All buy/hold/sell property recommendations point to a holding or buying period throughout 2012, with over half those surveyed recommended a hold on industrial/ distribution, hotel, retail and office properties, while close to a third recommended buying in these sectors.

In the apartments sector, a slightly smaller group made hold recommendations. Office vacancy rates swayed according to property class, but the average was slightly up at around 4 percent at the second quarter of 2011. Take-up continued to be strong, however, especially in technology parks where BPO facilities are found.

Emerging Trends results show positive indicators in the apartment sector, as 33 percent of those surveyed thought now would be a good time to buy. Mixed-use facilities were still popular choices, and supply in that sector has continued to grow in Manila. Supply in this sector will see continued growth through 2013.

Read Next
Year of the dragon fires up both developers and investors
EDITORS' PICK
Cagayan gov endorses 10-day ECQ in Tuguegarao due to COVID-19 surge
Experience clearer calls nationwide with Smart VoLTE
No warrantless arrests despite DND-UP accord termination, says PNP spox
New Year, New Rediscoveries
Driving can be even more rewarding this New Year — here’s why
Biden team says US will not lift travel bans, despite Trump statement
MOST READ
Proposed toll for newly opened Skyway 3 ranges from P110 to P274
Duterte to firms: No franchise until you settle your accounts with gov’t
‘Hotbed of recruitment’: Lacson backs termination of UP-DND accord
Palace: Duterte’s ‘no payment of gov’t dues, no franchise’ remark covers all, even ABS-CBN
Don't miss out on the latest news and information.