Davao City has come to its rightful own in the past few years as the nexus of trade, commerce and industry in Mindanao. And along with such progress has come a natural evolution toward more discerning tastes and preferences among locals and visitors alike, not just in terms of business and work but in everyday living and leisure.

In partnership with the Alcantara Group, a renowned homegrown Davao enterprise, Ayala Land has once more brought its expertise in crafting master planned estates that serve as an anchor of growth wherever it may be located, and that answer such need for a unique and distinctive modern lifestyle. 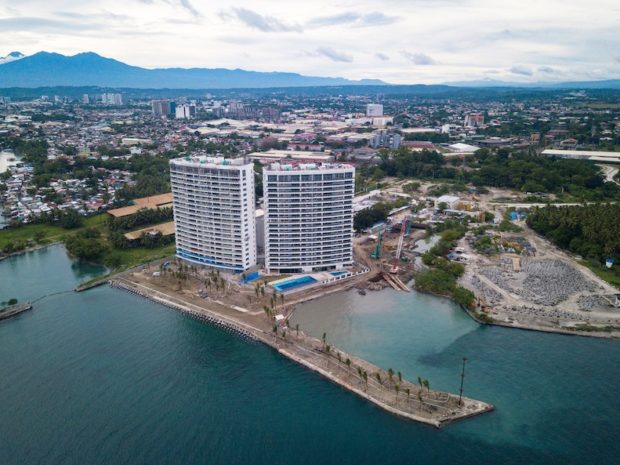 The Residences at Azuela Cove is the singular address of prestige in the burgeoning metropolis of
Davao City today.

Azuela Cove is a revolutionary mixed-use township development that capitalizes on the immense potential of Davao City as a vital city center in the region, and that showcases the exquisite seaside environment in the location. It is a few kilometers away from the Davao International Airport as well as the Sasa Port, and is close to reputable schools, medical facilities, hotels and commercial centers in the capital.

The singular address of prestige in this development is The Residences at Azuela Cove, developed under Ayala Land Premier, the bearer of Ayala Land’s legacy in creating the most distinctive and enduring luxury real estate projects in the country. 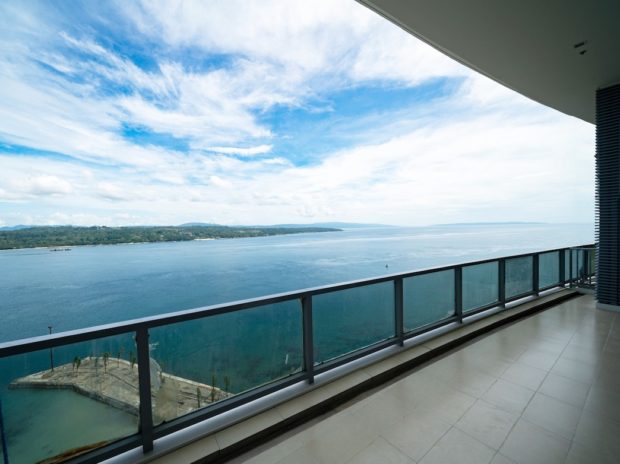 The Residences at Azuela Cove are designed with balconies and floor-to-ceiling windows that provide priceless views of the Davao Gulf and Samal Island.

The twin-tower residential condominium sets the bar for living the high life in Davao City with its inimitable proposition of prime seaside living. All 147 units in The Residences at Azuela Cove are deliberately configured as sprawling multi-room suites with open-plan living and dining areas, ranging from 196 up to 377 square meters. The design highlight are balconies and floor-to-ceiling windows that provide priceless views of the Davao Gulf and the refreshing greenery of Samal Island across.

And with a maximum of only four apartments in a floor, The Residences at Azuela Cove is one of the lowest-density condo communities not just in Davao City but even in the country to date, ensuring a genuinely private and exclusive atmosphere. Its North Tower, with a total of 70 units spread across 21 floors, is slated to commence turnover this year. Meanwhile, final architectural works are already underway in the South Tower, which houses 77 units across 22 floors.

Just this past holiday season, the community was already abuzz with activities such as the Azuela Christmas Weekends at the Azuela Cove Pocket Park, with a farmer’s market, pop-up food stalls, Acoustic Night entertainment and a crafts fest. The Azuela Cove High Street main retail strip also broke ground and signaled the further development of the area. 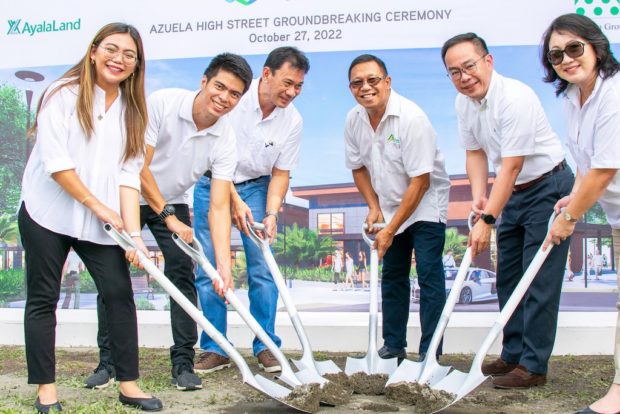 As with other renowned Ayala Land Premier developments, attention to detail is what ensures value in a home at The Residences at Azuela Cove. The interiors are finished in luxurious surfaces and fitted with Duravit and Hansgrohe fixtures, complementing a complete functional kitchen with SMEG appliances, cabinets and a freestanding cooking range with built-in hood. All units also come with split-type air conditioning units and wardrobe cabinets in all rooms, which enable ease and immediacy of move-in.

Thoughtfulness is also evident in The Residences at Azuela Cove’s host of well-appointed amenities sprawled on its ground level. An elevated pool and deck area provides the most relaxing vantage points of the Davao Gulf, along with an outdoor play area, fitness center, residents’ lounge, social hall and board room. Construction of these amenities are substantially in progress and set for enjoyment of the community’s pioneer residents soon. 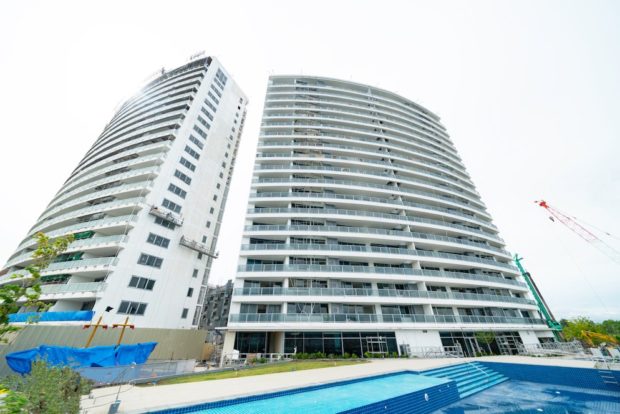 The North Tower of The Residences at Azuela Cove is slated for turnover this 2023, with the rest of the development on track with construction.

Finally, the development’s strategic location also ensures that a property at The Residences at Azuela Cove can only grow in value over time. Azuela Cove itself, as a veritable self-contained township, is seen to contribute to the local economic activity with its mixed-use design. Apart from residential communities, it is integrated with commercial and office components, retail zones, recreational facilities and eco-centric, socio-civic spaces.

All in all, just as the future seems bright for Davao City as a progressive urban hub, so is the leisure life at The Residences at Azuela Cove now taking shape with residents soon to move into their seaside homes and elevate the real estate landscape in the area. Most importantly, as with all Ayala Land Premier developments, a home at The Residences at Azuela Cove is not only a pleasurable experience but a rewarding investment. It is truly the definitive experience of luxury living in this sought-after locale in more ways than one.