Britain and EU unlikely to change Brexit deal much, despite issues – report 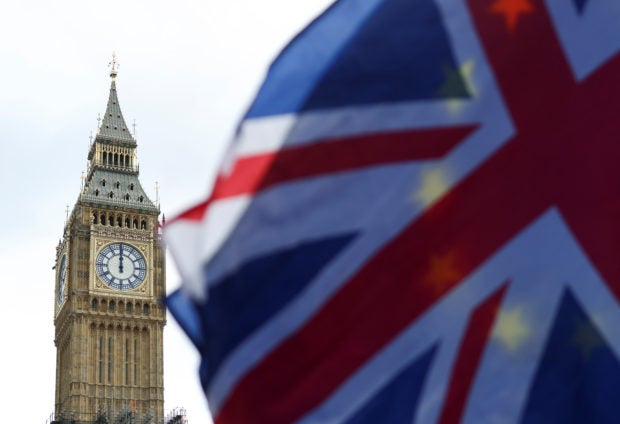 The European Union and Union Jack flags are flown outside the Houses of Parliament, in London, Britain February 9, 2022. REUTERS FILE PHOTO

The report from academic body UK In a Changing Europe (UKICE), published on Tuesday, said that despite a significant economic hit to Britain from leaving the bloc and falling support for Brexit among the British public, major changes in the UK-EU relationship were unlikely.

“Prospects of such a renegotiation are slim,” UKICE Director Anand Menon said.

UKICE said polling it conducted in December showed 56% of Britons said they would vote to rejoin the EU, up from 45% in February, largely consistent with other polls.

However, Britain’s governing Conservative Party is committed to Brexit and the opposition Labour Party is keen to avoid suggestions it would seek to unravel the post-2016 settlement.

Talks between Britain and the EU continue on how to implement post-Brexit arrangements which accommodate the largely open border between Northern Ireland, which is part of the United Kingdom, and EU member state Ireland.

“The immediate challenge is resolving the issues surrounding the Northern Ireland Protocol but even if this is achieved other deadlines and decisions are looming, relating to, for example, data exchange, electric cars, and fish,” the report said.

UKICE said UK-EU relations were “far from either settled or stable” but neither side seemed likely to want to reassess the Trade and Cooperation Agreement (TCA) signed in December 2020 after more than four years of political argument.

“There appears to be little political space on either side of the Channel for a major reconsideration of the relationship or renegotiation of the TCA in the short term,” it said, citing a lack of trust, the domestic politics of the UK and the benefits of the current deal to EU exporters.

“Changes to the relationship are likely to be slow and incremental in the immediate future,” it said, adding science research, energy security and emissions trading might be areas where the current relationship could be deepened.