The celebration of the Lunar New Year is awaited not only in mainland China but also in Chinese communities around the world, with more than 1.5 billion people joining the festivities to mark the coming year.

Unlike the Western culture, which adheres to the Gregorian calendar, the Chinese New Year is based on a lunisolar calendar in which the dates are determined through the phasing of the moon and sun. The new year begins with the new moon and spans the first 15 days of the first month of the lunar calendar until the full moon occurs. It usually falls between Jan. 21 and Feb. 20.

In the Philippines, home to what is regarded as the oldest Chinatown in the world, the Chinese New Year is a grand affair, widely celebrated among Chinese and Filipino families. The emergence of popular culture dubbed “Chinoy”, a portmanteau of the words Chinese and Pinoy, shows the merging of traditions that have since been embedded in the way Filipinos live as well as celebrate occasions such as the Chinese New Year.

Given their love for family and food, along with Chinese influences, many Filipinos observe this event annually by gathering and preparing a delicious feast to attract good luck, handing out money in red envelopes called ang pao, and participating in the holiday’s activities.

Here are some good luck charms, according to feng shui teachings, to attract fortune and abundance in the coming Year of the Water Rabbit. 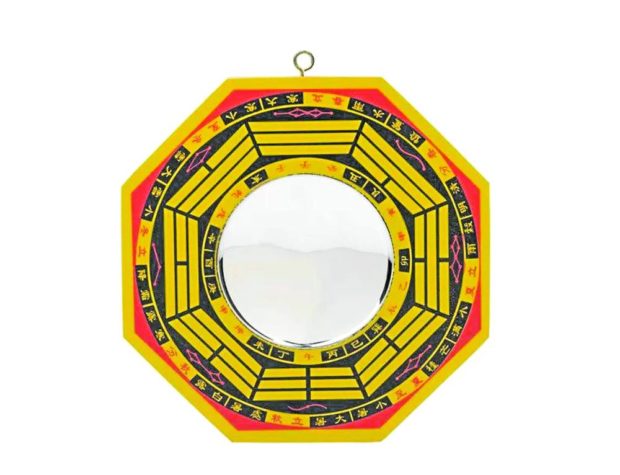 In Chinese, bagua literally means eight symbols or eight areas as “ba” means eight and “gua” means area. Each gua or symbol is said to be connected to a life aspect and has other layered meanings such as colors, elements, shapes, organs, among others. In feng shui, the bagua is regarded as an energy map, with this compass enabling the user to evaluate the energy field in his or her environment. 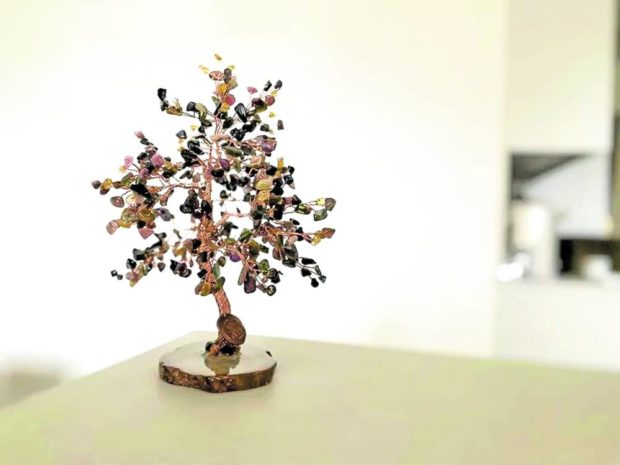 Made of metal wire with gems or crystals as leaves, gem trees are made to resemble the jade plant, believed to represent prosperity and good luck. In feng shui, wood, which is connected to trees, symbolizes kindness, flexibility and growth. The fruits that trees bear also represent abundance, nutrition and things coming to fruition. The gems or crystals are used as feng shui objects because of their energetic properties.

The money frog is one of the popular Chinese symbols used to attract wealth, prosperity, long life and good luck. The small figurine, also known as the three-legged toad, is made of metal or semi-precious stone with different representations on its back or crown of its head. The frog has two front legs and one back leg or tail. In most cases, the toad has a coin in its mouth and/or mounted on top of a bed of coins. 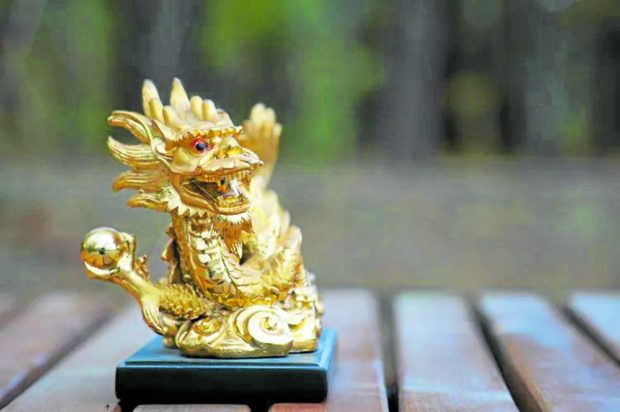 A popular symbol in feng shui, the mythical dragon figurine is illustrated as a bearded snake with four legs. It represents abundance, success and good luck. The dragon is connected to the earth element and the east direction, where the sun rises. 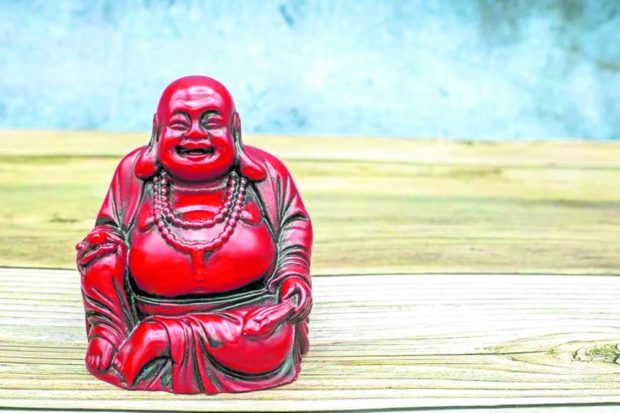 The Laughing Buddha symbolizes happiness, contentment, abundance and well-being. The statue is often kept in homes, offices, hotels and restaurants for positive energy. Laughing Buddha is portrayed as a laughing bald man with a large, round belly. His image usually comes with a bag in one hand, to represent that he’s carrying the owner’s troubles and worries, and a mala or beaded necklace in his other hand for praying and chanting. 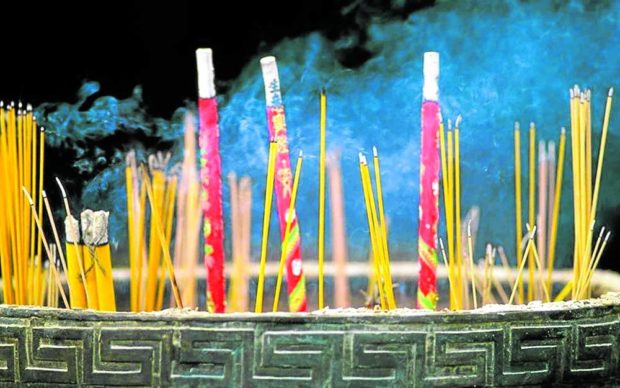 For Asians, incense sticks are usually burned to celebrate special occasions, such as funerals and prayers, among others. It is often used to pay respects to ancestors and cleansing bad luck in an area. In Ancient Chinese, ashes from burned incense sticks are believed to cure certain diseases. 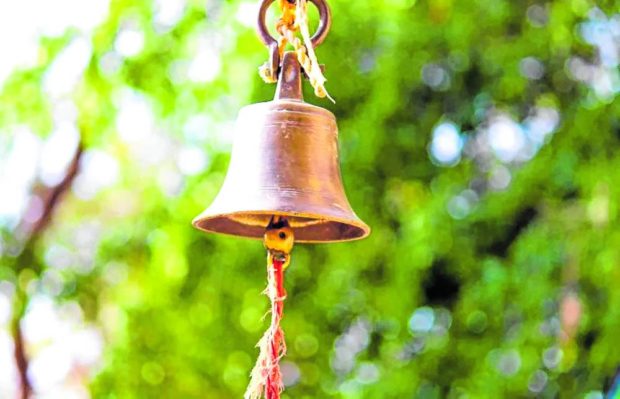 It is believed that the sound of a Chinese bell summons wealth, peace and abundance. It is also known to offer protection against disasters, thieves and diseases. An ancient amulet in feng shui traditions, Chinese bells are usually hung on a door or in a window so that it can chime in any movement or breeze.