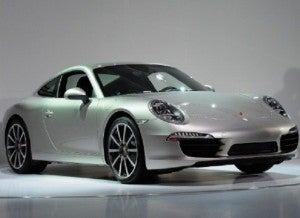 2011 has been a very big year for me and, more importantly, the local motoring scene with the launch and arrival of some cars that should shake up the landscape. Here’s a look back at some of my most memorable motoring experiences of 2011.

1.) Lamborghini Aventador LP700-4—it’s not every day you get invited to drive an Italian V12 supercar in a proper and full Grand Prix, and with memories of the previous Lamborghini Murcielago having been rather lackluster and underwhelming at best, I had relatively low expectations and was somewhat afraid of driving a 700-hp beast on a full GP circuit. Thankfully, the brave new bull, Lamborghini’s best ever supercar, which is so very easy to use, was the best drive of 2011 for me. Hopefully, 2012 means more encounters with the Raging Bull!

2.) Porsche Panamera Turbo S—so people find the Panamera’s looks rather difficult to appreciate. Well, forget that, strap yourself in with three other friends and marvel at how fast you can cruise in a Panamera all day. Cruising between 220-280++ kph all afternoon in the Autobahn takes some skill to avoid getting it all go wrong and few cars make those speeds as easy to achieve as a Panamera Turbo S. Memorable.

3.) Porsche 911 Carrera S—driving through towards Northern California, the sea on one side, mountains on the other, with beautiful roads, breathtaking scenery and fantastic company is hard to beat, especially with the sonorous wail of Porsche’s flat-six trailing in your wake. It is the world’s most iconic sports car after all.

4.) KIA Picanto—a small car is always relevant, but for the most part ho-hum. But take a small car, put it in one of the biggest, longest motorways in the world (the TEMS or Trans European Motorway, which is about 5,000 km long) and the drive promises to be epic as you dodge crazy drivers, crazier truck drivers and the odd insane pedestrian jaywalking. The light and responsive Picanto was a pleasure to drive in conditions that should have completely overwhelmed us. Thankfully, the tiny terror held its head up high.

5.) 2012 Chrysler 300C—while the big Chrysler isn’t exactly the best thing since sliced bread, it has taught me one thing: to trust in my own instincts about a car. Years back, I drove the original one and was impressed with it. But after a couple of more test drives, I realized it wasn’t all that great after all. But driving the new 300C made me think really hard if I thought it was any good. And yes, I was in the end impressed with the new 300C. It accelerates and turns better, and has more toys that entertain us all in traffic. I know my passengers loved the 300C. Perhaps in the future they can make a longer one with better legroom at the back?

6.) Mercedes-Benz CLS 63 AMG—twin turbochargers make a car go fast. Likewise a nice big V8. Imagine having both? The result is manic. Much like the Panamera Turbo S, the CLS 55 AMG is absolutely manic, with a shape most people will say is more agreeable and pleasant to look at. Driving down Subic Airport’s runway at 280+ kph is amazing. Too bad the drive was short with the CLS.

7.) MINI Countryman S 4ALL—pundits will argue that MINI is pillaging and plundering its precious nameplate for the sake of profit alone, devoid of respecting passion and history. But I think it’s good that MINI has been coming out with variants because not everyone can afford to buy a 3-door MINI and sacrifice practicality. The Countryman has the majority of the Cooper S’ thrills: fantastic driving feel, all-road, all-weather ability, intense and frantic feel but with much more practicality and the added ground clearance means you can take it out of town and spread terror on all the roads outside of Metro Manila with friends and gear in tow.

8.) Chevrolet Cruze—I’ve always had a soft spot for the Chevrolet Cruze and the diesel is just so much better: fast, fun, fuel-efficient, and with excellent seats and a driving position sports cars only wish they could have. The ride is actually excellent, too, and the suspension is surprisingly compliant and well-behaved, if lacking a bit of feel and responsiveness. Hopefully we’ll see proper localized battle of Ford versus Chevrolet/GM in the country to heat up the local car market.

There’s more, but with limited space, I can’t possibly share everything. Suffice to say, 2011 was a fantastic motoring year and I hope 2012 is even bigger and better!