San Miguel gets spot in Forbes’ list of top employers 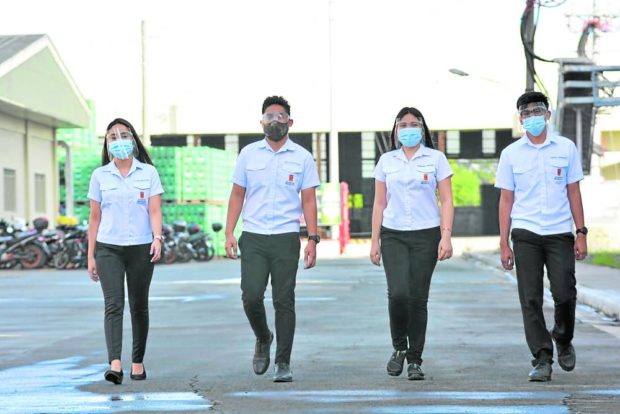 SMC president and CEO Ramon Ang says “malasakit” is at the center of the firm’s corporate values. —CONTRIBUTED PHOTO

San Miguel Corp. (SMC) won a coveted spot in Forbes Magazine’s annual list of the World’s Best Employers, which the conglomerate said validated a long tradition of  “malasakit (concern)” for its workers even during the tumultuous COVID-19 pandemic.

The food, drinks, energy and infrastructure giant and Jollibee were the only two Philippine-based firms in the top 200 companies. SMC placed 174th.

“It’s a major honor for us at San Miguel to be included in such a list, and to be ranked within the top 200 in the world, and one of the very best in the Philippines. We’re also very proud to stand together with other Filipino companies who have emerged as among the best in the world in advancing the welfare of employees and workers,” SMC president and chief executive Ramon Ang said in a statement.

“Throughout the COVID-19 global pandemic, SMC not only extended extraordinary assistance to the country, but also to its employees,” the conglomerate noted.

SMC built a dedicated RT-PCR testing laboratory for its workforce at the start of the health crisis while guaranteeing full salaries and benefits of employees and workers across its nationwide network.

The company also implemented health and safety protocols for employees to ensure the continued delivery of essential goods and services to the public.

Aid was also extended to support workers as it offered interest-free loans with easy payment schemes. These allowed them to purchase alternative modes of transportation such as bicycles and motorcycles amid movement restrictions.

SMC also converted part of its grounds at its head office in Mandaluyong for an urban farming project to augment the income and food supplies of repair and maintenance and security workers.

For this project, SMC partnered with the School for Experiential and Entrepreneurial Development Philippines to train workers.

SMC allotted P1 billion to procure COVID-19 vaccines and set up numerous vaccination centers nationwide for its over 70,000 employees and extended workforce and their families.

It also donated resources, including hiring over 100 health-care practitioners, to support the national vaccination effort.

The survey was compiled by Forbes in partnership with research firm Statista, which surveyed some 150,000 full-time and part-time workers from 57 countries working for multinationals and institutions, to determine which of the firms excel in key areas such as corporate impact and image, talent development, gender equality and social responsibility.

The surveys were conducted through anonymous channels to allow participants to share their opinions openly.

“Respondents were asked to rate their willingness to recommend their own employers to friends and family. They were also asked to evaluate other employers in their respective industries that stood out either positively or negatively. Participants were asked to rate the companies on aspects such as economic impact and image, talent development, gender equality and social responsibility,” Forbes said.