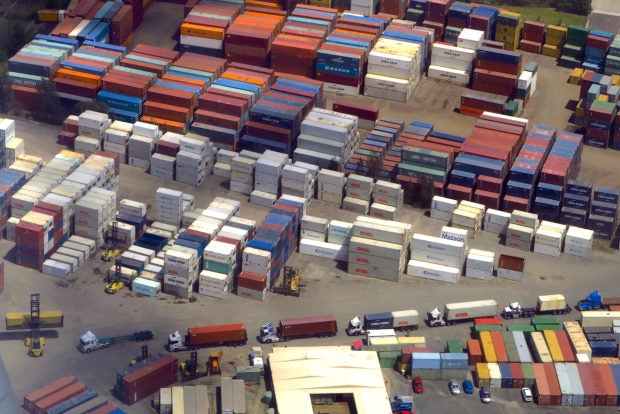 SYDNEY  – Australia’s current account fell into deficit for the first time in three years last quarter as robust domestic demand sucked in imports and miners paid more dividends abroad, though the drag on economic growth was not as large as first feared.

Data from the Australian Bureau of Statistics on Tuesday showed the current account had slid to a deficit of A$2.3 billion ($1.54 billion) in the July-September quarter.

That was down from a surplus of A$14.7 billion in the previous quarter and far from forecasts for a A$6.2 billion surplus.

“The deficit reflected a narrowing but robust trade surplus, which was offset by a record high income deficit in the September quarter,” said Grace Kim, acting head of international statistics at the ABS.

The income shortfall swelled to A$33.2 billion in the quarter, driven by bumper dividend payments to foreign investors.

However, net exports still subtracted only 0.2 percentage points from growth in gross domestic product (GDP) in the third quarter, whereas analysts had looked for a drag of 0.6 percentage points.

On the other hand, separate data out on Tuesday showed government spending had subtracted 0.2 percentage points from growth in the quarter.

The GDP data are due on Wednesday. Before Tuesday’s statistics were released, analysts forecast growth of 0.7% in the quarter, driven mainly by household consumption.

Annual growth is seen jumping to a heady 6.3 percent, though mainly because of a one-off boom late last year as the economy re-opened from pandemic lockdowns.

The resilience of demand is expected to see the Reserve Bank of Australia (RBA) hike interest rates by another 25 basis points to a decade-year high of 3.1 percent on Tuesday, in the eighth rise in as many months.

Markets have recently lowered the expected peak for interest rates to between 3.35 percent and 3.6 percent, from above 4 percent, following a surprise slowdown in inflation in October.

There is even speculation the RBA will choose to pause this week, given that the drastic tightening already delivered has yet to feed through fully to mortgage repayments.

Many borrowers who took out two-year and three-year fixed mortgages in 2020 and 2021 when rates were at record lows also face sudden and painful increases in repayments next year.

David Plank, head of Australian economics at ANZ, reckons the RBA will hike on Tuesday, in part because its next meeting will not be held until February and because data on employment and wages are still running strong.

“We are, however, alert to the prospect of substantive changes in the post meeting statement,” he added.

“In particular, any reference to a possible pause being brought explicitly into the statement would be a dovish development.”