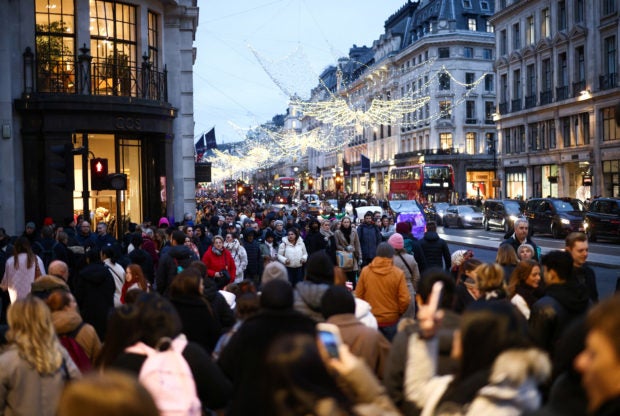 LONDON  – British consumer spending ticked up last month at a rate that greatly lagged behind inflation, according to surveys on Tuesday that underscored the pressure on household budgets ahead of the Christmas holidays.

Barclaycard said spending on its credit and debit cards rose 3.9 percent year-on-year in November, far behind the annual 11.1 percent increase in consumer prices in October that was the highest reading in 41 years.

Some 94 percent of Britons surveyed by Barclaycard said they were concerned about the impact of soaring household energy bills on their personal finances.

“Cut-backs are affecting non-essential spending on clothing, department stores and restaurants. Many Brits intend to reduce festive spending on presents and parties in an effort to save money,” said Esme Harwood, director at Barclaycard.

Separate data from the British Retail Consortium (BRC), covering spending in shops only, showed a 4.2-percent annual increase in sales after a 1.6 percent increase in October, driven by expenditure on food.