The billionaire’s secret weapon of reaching goals—and how you can use it, too | Inquirer Business

The billionaire’s secret weapon of reaching goals—and how you can use it, too 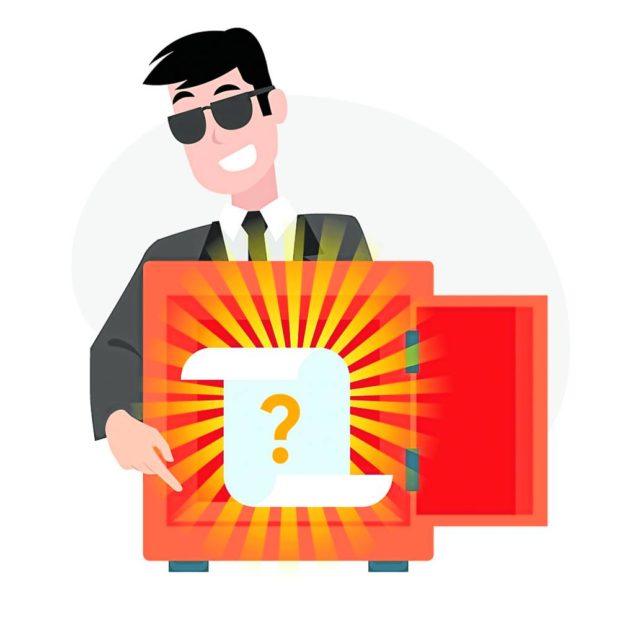 The focus on one image in your mind is more important for your success than anything else. The world’s most successful business leaders focus on a clear image of what they want to accomplish to the exclusion of everything else. This secret allows them to accomplish their goals much faster without giving in to distractions.

If you do not know how to do this properly, then you may work as hard as you want but still fall far short of accomplishing your goals.

The missing pieceDuring this time of the yearend planning season, most executives, CEOs and business owners focus on their company’s annual planning sessions. But few take their mental focus into account when it comes to the performance of themselves and their business.

If you are at the top, then what you focus on habitually in your mind will drive most of your strategic decisions. And most companies, even the biggest ones in the world, are only one or two major strategic decisions away from monumental failure. The long list of famous failures, from Nokia to Blackberry, from Pan Am to Kodak, are a testament to that.

The secretWhat is it that you habitually focus on in your mind? If you are the captain of the ship, then you are the business leader all others look up to so that you can guide them toward safe harbors and new shores of golden treasures. As a result, your mental focus is more important than anything else.

In my work as the “mentor of the giants,” as Fortune magazine has called me, I regularly interact with the presidents of some of the world’s largest companies, Fortune 500 CEOs, and even dollar-billionaire entrepreneurs. I have seen firsthand what separates those at the top from the rest of the pack and the average performers: their clear mental focus.

I have also seen how scattered the mental focus of most of the average executives is. They could be doing so much more in less time, making better strategic decisions, becoming better leaders for their people, and avoiding major pitfalls if they only knew how to keep the proper mental focus.

The stepsI was recently coaching the founder and CEO of a tech company. In one of my sessions with him, I taught him the power of focus and the mindset of champions. Immediately, he had a breakthrough realization which made him change strategy. Only a few days later, he was able to kick off a major wave of expansion.

In practice, how do you achieve that focus?

You need to create a clear conceptualized image of your major breakthrough goal. Let us break this down into several steps.

What is the number one, most important goal that would change your professional success significantly? A goal that is so powerful that all else would become secondary to that goal?

What would be the mental image of you successfully achieving that goal?

PerformanceThis is where most people are challenged. They do not want to let go of secondary goals. If you are one of them, let me help you with a few secrets that govern personal and corporate performance.

1. Decisions of focus are painful by nature. Growing up in Germany, my first foreign language was Latin, not English. “Decide” comes from the Latin word “decidere.” This means to “cut off.” To decide, you need to go through alternatives and ruthlessly cut them off. This is painful and it has to be.

This is why most people and companies avoid that process and rather be comfortable by pretending they can do a lot of things at the same time. You can—but not well. This is not how you trigger exponential growth or conquer major challenges. On the contrary, singularity of focus is how you achieve that.

This is the reason why most companies survive, but not thrive. In the words of one of our clients: “Before working with the Tom Oliver Group, we were dragging ourselves along, but they set us on the path of explosive growth.”

2. You can do everything you want, but not at the same time. People and companies that focus on one major goal—and only set a new goal once that is reached—end up reaching far more goals than the ones that try to accomplish too many things at the same time.

3. You have to say no to the good to say yes to the great. I have talked about this before, and it bears repeating. Decisions are painful. If they are not, then you have not considered all alternatives or are still not pursuing one major breakthrough goal.

How do you get to the mental image?

Once you have decided what the best mental focus for yourself should be, your goal is to create one conceptualized image of what it is that you want to accomplish. This will serve as a powerful focus. You will keep that image as the main focus in your mind, no matter what you do, just like a “tunnel vision.” This tunnel vision will serve as a powerful focus for your direction, strategic decisions, leadership, energy, work-life balance, etc.

One of my clients wanted to kickstart a wave of global expansion. As I coached him through the process of visualizing this in one clear mental image, he created an image in which he saw the new locations his business would be in as lights on a globe. This image became his powerful guide.

The owner and president of a family business conglomerate who inherited the business wanted to finally shed his responsibilities and make a switch to devoting himself full-time to philanthropy. His mental image was one of symbolically handing over the reins to his sister and stepping into his new world of uplifting others.

Examples of absolute focusA philanthropist wanted to complete a three-year sprint to reach an important milestone for his foundation that would establish it as a major global player—an inaugural event with famous world leaders. Since this sprint would take up a lot of his energy and time, his mental image of focus was to board a plane to Maui, Hawaii, where he would surf and recharge after successfully reaching the next major milestone for his foundation.

Elon Musk is an example of absolute focus. His success has proved him right. He managed to build several multi-million dollar businesses and even skyrocket to becoming the richest man in the world in 2022, with a net worth of $203 billion.

His secret? Extreme mental focus on the next breakthrough goal. And a clear definition of the cohesive larger vision and strategy of the business to which all other goals are linked.

He founded SpaceX in 2002 with the goal of the colonization of Mars. His mental focus? Putting a man on Mars.

Employees who have worked with Elon at SpaceX attest to the fact that for any major strategic decision in the company, Elon asks them, “Will that allow us to put a man on Mars faster?”

Your ‘three to thrive’What is the number one, most important goal that would change your professional success significantly?

What would be the mental image of you successfully achieving that goal? Create that clear conceptualized image of what it is that you want to accomplish.

Keep that image as the main focus in your mind, no matter what you do, just like a “tunnel vision.” INQ

Tom Oliver, a “global management guru” (Bloomberg), is the chair of The Tom Oliver Group, the trusted advisor and counselor to many of the world’s most influential family businesses, medium-sized enterprises, market leaders and global conglomerates.

For more information and inquiries: www.TomOliverGroup.com or email [email protected]