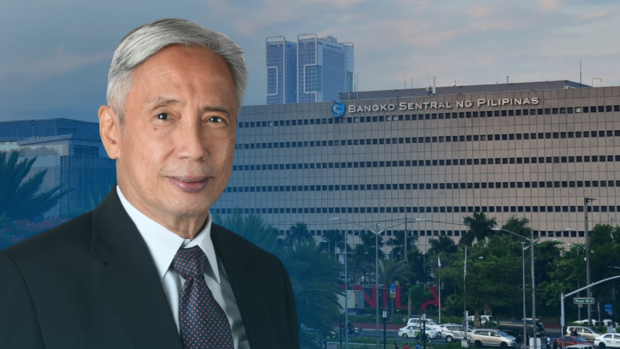 Consumer and business borrowers can expect further interest rate hikes from the Bangko Sentral ng Pilipinas (BSP), but the pace of increases is expected to slow the coming months and possibly end in mid-2023 or make a U-turn toward decreases in the second half of next year.

BSP Governor Felipe Medalla said in an interview with Bloomberg TV that, personally, he is looking at a 0.5-percentage-point (ppts) hike in the policy rate this month and several more increases of 0.25 ppts in the succeeding meetings of the Monetary Board (MB).

The MB holds a policy meeting twice in every quarter, once a month except for the first month of each quarter.

Medalla expressed relief that the United States Federal Reserve has signalled that while there will still be increases in their policy rate, “there will be no more jumbos.”

After having taken pains to show that the BSP is not—nor does it need to be—a copycat of the American central bank, the BSP was forced to admit that it had to ape the US Fed in early November.

In step with Fed

Just a few hours after the Americans announced rates by 0.75 ppt, Medalla said the BSP will do the same but not until two weeks later when the MB was scheduled to meet.

Before that, in July, Medalla as MB chair called for an emergency meeting of the BSP’s highest governing body to decide on an off-cycle 0.75-ppt hike in order to narrow the differential between the American and Philippine policy rates.

This time, Medalla would not be pinned down on whether the BSP would again do what the US Fed would do, point for point.

He said the worst-case scenario as far as local interest rates would go is an increase of 0.5 ppt this December and several 0.25-ppt hikes in future meetings.

“And by the third or fourth quarter next year, no more increases and even possibly a reduction later in the year, maybe in the fourth quarter,” Medalla added.

The BSP policy rate has so far gone up by a total of 3 ppt to 5 percent from an all-time low of 2 percent.