Convenience and connectivity: Ayala Land shifts with the needs of the community

Convenience and connectivity: Ayala Land shifts with the needs of the community

With the economy registering a better performance than what was expected and the GDP growing 7.6% year-on-year in Q3 of 2022 according to the World Bank’s November development report, it is no surprise that Metro Manila and its neighboring provinces are experiencing traffic again as the country further reopens and commute to and from offices resumes.
Despite greater flexibility in work arrangements and the adoption of hybrid setups, commuting remains a problem.

Ever attuned to developing situations and responsive to emerging needs, Ayala Land is offering a multi-pronged solution to the difficulties of urban life, offering safety, security and convenience for those living, working and commuting within its development areas, specifically in Makati City. 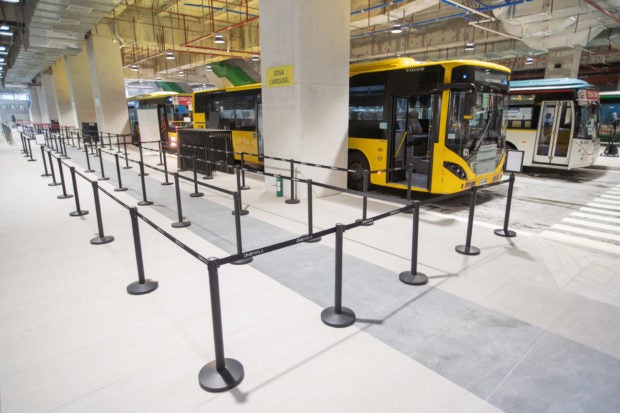 The One Ayala Terminal was inaugurated on November 18, 2022, and will serve as the Ayala stop for all south-bound EDSA Carousel and City buses. With covered and well-lit walkways, it will
allow commuters to get to their rides safely.

Innovative urban land development has made the Makati Central Business District (CBD) one of the top business districts in Southeast Asia.

With experience creating, upgrading and enhancing the Makati CBD, the country’s premier commercial business district, Ayala Land harnesses innovation, modern infrastructure and practical transport solutions to ease each day for everyone who has to work, live or just visit the city.

Overpasses and underpasses have connected almost every part of the entire Makati CBD making walking to and from one section of the district to another convenient and safe from the elements, rain or shine.

And now even going farther afield is less stressful with the new EDSA Carousel’s Ayala Station (South Bound) located at the new One Ayala Terminal.

A 309,000-square meter intermodal transport hub, the new One Ayala Terminal has covered and well-maintained elevated walkways so commuters can catch their respective rides safely and conveniently. It has three terminal floors that serve south-bound buses, AUVs (Asian Utility Vehicles), and modern jeepneys.

Developed in coordination and collaboration with the Department of Transportation, One Ayala Terminal will serve as the Ayala stop of the EDSA Busway. Conveniently accessible to those coming from the Makati CBD, its air-conditioned lobby leads to a naturally-ventilated transport hub that integrates various modes of mass transportation in a single venue.

Kelly Arce is among Metro Manila’s thousands – if not millions – of commuters who need boldness, fortitude, stamina and tons of patience to survive the daily battle for a seat in a public utility vehicle to get to her office in the morning and return home in the evening.

This often means being part of a long stretch of humanity standing on sidewalks under the heat of the sun or pouring rain. With the One Ayala Terminal, she is now guaranteed that she can at least wait in comfortable surroundings to start her arduous commute at the end of the day.

Needless to say, she is an appreciative and grateful commuter. “I appreciate how One Ayala bus terminal was designed to redefine commuters’ experience. Convenience matters most to us. A well-designed terminal is very important to me as it makes me feel more comfortable and safer,” she said.

One Ayala means more convenience and better accessibility to commuters. 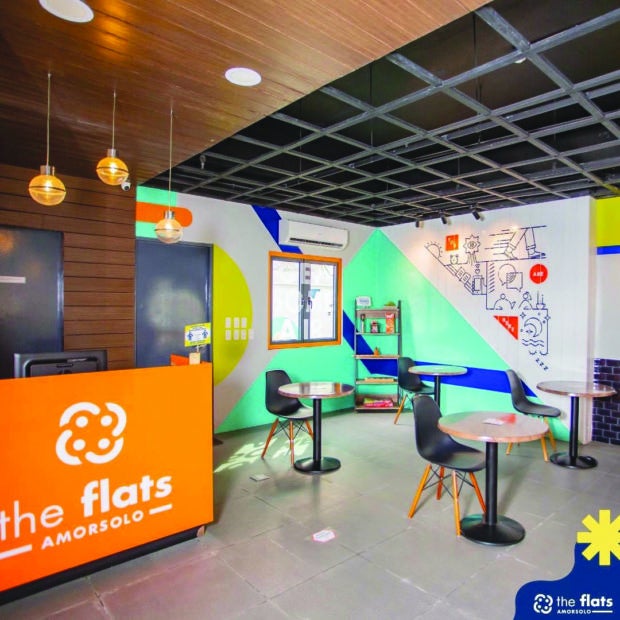 The Flats Amorsolo is Ayala Land’s first co-living space, with housekeeping, concierge services, and parking. The facility makes city living within reach as they also enjoy the safety of
the estate and accessibility to establishments and essentials.

Access to the terminal is through Ayala Avenue and the MRT-3 Ayala Station, which also offers a direct connection to the MRT-Ayala Station. For people who want to avoid the long daily commute, Ayala Land has come up with a
practical solution for those who have to work in Makati and want to live in the city.

People often opt for two-hour commutes, one way, because the daily transport cost is lower than getting a place close to their offices, especially if they are in Makati.

The Flats Amorsolo is one of the co-living facilities Ayala Land has developed to respond to the need for reasonably priced accommodations in the city.

Jicelle Ocasiones, a health worker, is one of those Makati City workers who have discovered that there is now an affordable way to live and work in Makati.

The Flats Amorsolo was exactly where she needed and wanted to be after a long day in the hospital. Ocasiones, who has been a resident of this co-living space for over a year, is especially glad she has found the place as COVID-19 continues to pose a threat to people’s health.

“Living so close to my place of work, I was at less risk of being exposed to other people (who could be COVID-19 carriers) before and after I finished my shift. It also put me at ease to think I was reducing the possibility of bringing the virus to my family and my patients,” she said.

After finishing a 12-hour shift, Ocasiones said she was also glad she did not have to travel far and long to get the rest she needed. “Most importantly, I am more productive at work since there is less stress. I did not have to worry that the rush hour would make me late for work,” she added.

Ocasiones enjoyed the easy access The Flats Amorsolo offered to different restaurants, shopping malls and the lush greenery in the city during her downtime. “I love to walk and I feel safe strolling around Makati CBD because there are walkways and underpasses. I like that there is a balance of scenery between skyscrapers and trees in the parks.”

The Flats Amorsolo offers housekeeping and concierge services and parking, among other things. Because units can be shared by up to four people, living in Makati, the

Philippines’ business and commercial hub, is no longer an unaffordable luxury for the city’s workers.
As Filipinos resume, reshape or completely change their lives after a deadly pandemic, Ayala Land will continue to innovate and create to respond to the public’s current and future needs.