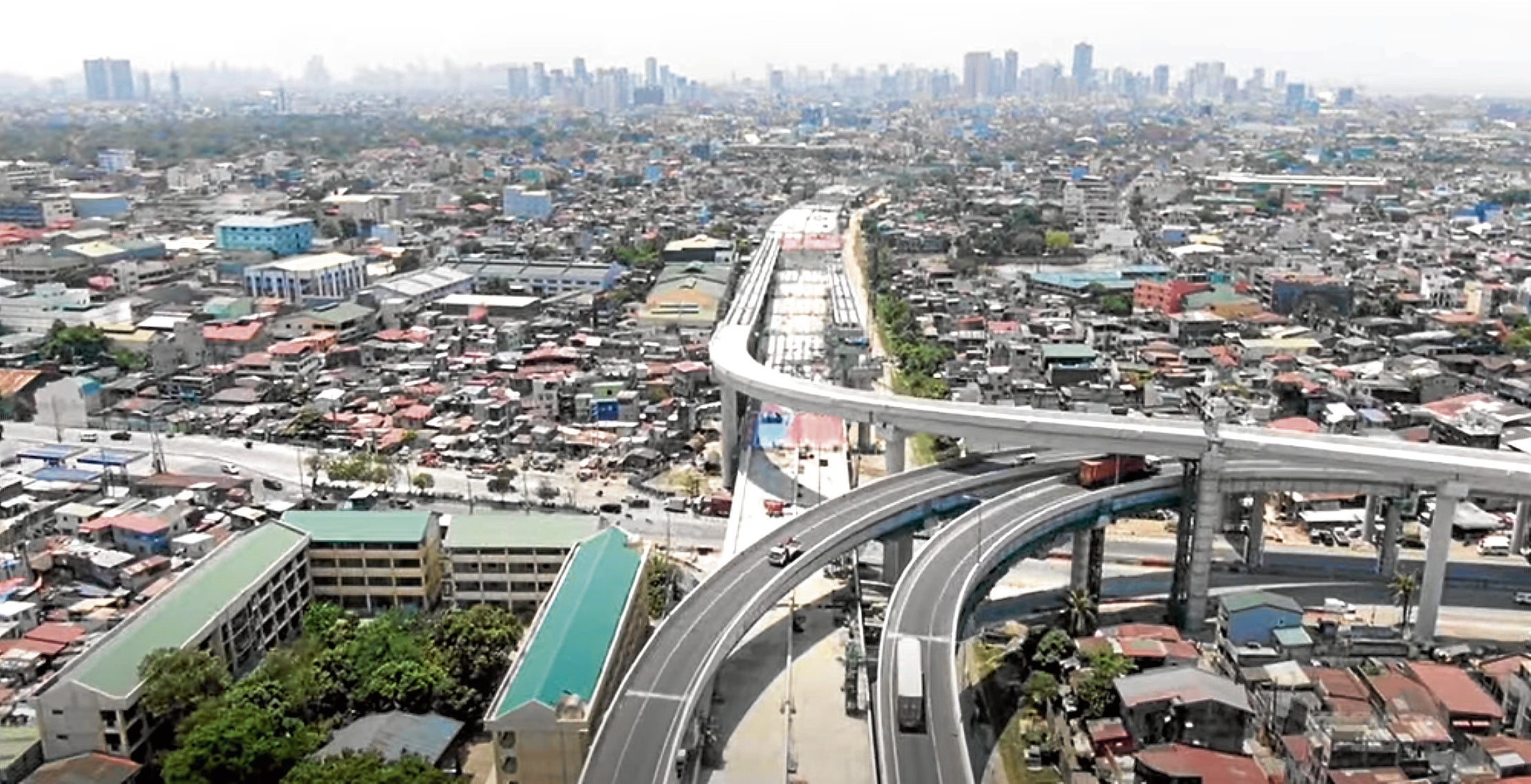 Once fully integrated, the two elevated toll highways will cut travel time for motorists in and around the metropolis. —CONTRIBUTED PHOTO

Metro Pacific Tollways Corp. (MPTC) is open to building the toll road linking the North Luzon Expressway (NLEx) Connector to San Miguel Corp.’s (SMC) Skyway on their own to fast-track the project.

Christopher Lizo, MPTC chief finance officer, told reporters in a briefing on Thursday they sent a letter to the Department of Public Works and Highway (DPWH) about two weeks ago requesting to build the 1.2-kilometer (km) interconnection structure.

“We’re willing to do it,” he said. It would cost them about P2 billion more if they would be able to push through with the proposal. The interconnection structure, which is a project by SMC, will link Section 2 (España to Sta. Mesa) of NLEx Connector to the Plaza Dilao segment of Skyway.

Lizo said SMC has yet to complete the toll road connecting the two expressways.

In January last year, SMC announced it had started the work on the said infrastructure, noting that it could be done within 24 months or less if all right-of-way (ROW) issues were immediately resolved.

The MPTC official said it was crucial to finish the interconnection structure in time with the completion of the NLEx Connector’s construction, which is targeted for April next year.

Section 1 of the 8-km NLEx Connector, which links Caloocan to España, is 92 percent complete. Section 2 is 26 percent done.

The DPWH, according to MPTC, has settled 97 percent of the ROW concerns in Section 1; and 86 percent in Section 2.

Lizo said they had not incurred additional expenses for the project despite the delays and the rising fuel prices.

The NLEx Connector is seen to decongest the traffic on the major thoroughfares, including España Boulevard, Abad Santos Avenue, Rizal Avenue and Lacson Avenue, as the expressway is projected to cater to 3,000 trucks daily.

It is a public-private partnership project between the DPWH and MPTC unit NLEx Corp., which seeks to reduce the travel time of cargo going to and from the north and south of Luzon.

Earlier this year, NLEx Corp. said it had set aside P1.2 billion this year to beef up its infrastructure and toll collection system, among others.