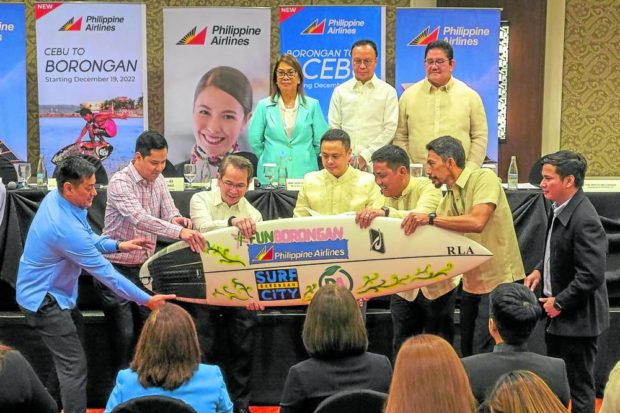 Flag carrier Philippine Airlines (PAL) is set to operate its Cebu-Borongan flights this month, a move that is seen to boost business and tourism activities in the Eastern Samar province.

The Lucio Tan-owned airline and the city government of Borongan recently inked a memorandum of agreement to begin the twice-a-week flights on Dec. 19.

PAL president Stanley Ng said they were working on further connecting Borongan to the rest of the country, noting that launching such flights would allow more tourism activities at a period when consumers were on revenge spending. 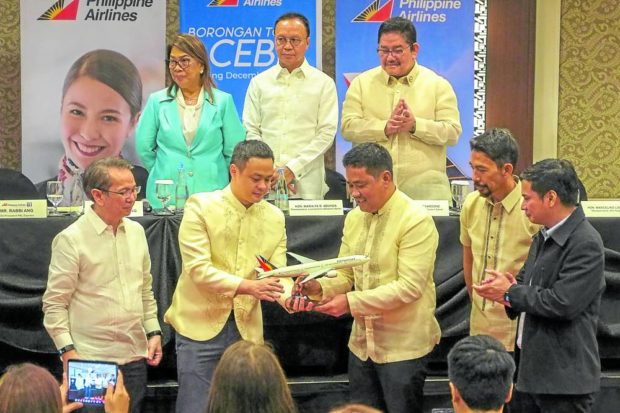 The PAL chief gives an airplane model, a token of appreciation, to the Borongan City mayor.

“With these direct flights, it will be more convenient for Boronganons to travel to and from our beloved city. Hopefully, these flights will create more business and tourism opportunities for Borongan,” Borongan City Mayor Jose Dayan Agda said.

The Cebu-Borongan flight route is expected to cut travel time between these cities to about four hours only. Currently, travelers to Borongan will have to fly to Tacloban airport, followed by five to six hours of road travel. From Manila, travel by land takes about two days.

Prior to this, PAL had announced new routes from Cebu to Baguio and Cotabato City, which will be available next month.The flag carrier is also set to launch more flights to several destinations, including Puerto Princesa, Cebu, Iloilo, Caticlan and Tacloban. 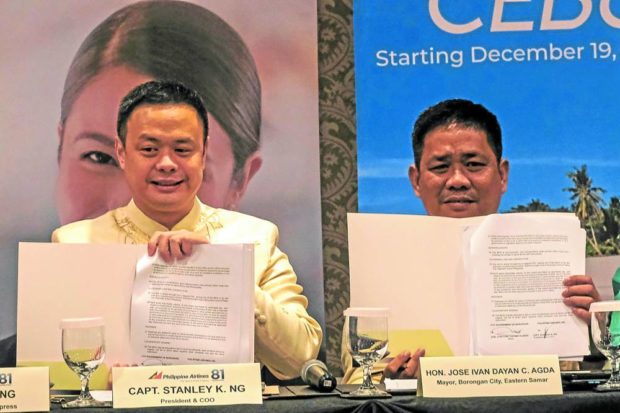 The airline cited an anticipated surge in passengers by mid-October up to January given the holiday spending.

Recently, PAL Holdings reported that it registered P6.76 billion in nine-month net profits, supported by its passenger and cargo revenues. This was a reversal from a P21.93-billion net loss in the same period last year.