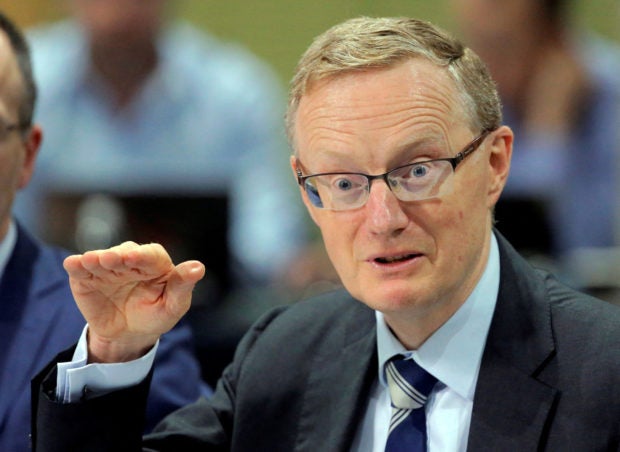 SYDNEY  – The head of Australia’s central bank on Monday apologized to people who regretted taking out mortgages last year based on his guidance that interest rates were unlikely to rise until 2024, only for rates to start climbing in May.

Appearing before lawmakers, Reserve Bank of Australia (RBA) Governor Philip Lowe said the guidance on rates staying at a historic low of 0.1 percent had been conditional on the economy developing as predicted and inflation staying subdued.

Instead, the economy recovered from pandemic lockdowns much faster than expected and combined with global events to push inflation to 32-year highs.

The RBA started raising rates in May and has since lifted them to a nine-year high of 2.85  percent, drawing much public criticism in the process.

Lowe said it was clear that the public “didn’t get the caveats” on his guidance and that the bank would not use such wording in future.

“I’m sorry if people listened to what we’d said and acted on what we’d said and now regret what they’ve done. I’m sorry that happened,” Lowe told senators. “At the time we thought it was the right thing to do and I think, looking back, we would have chosen different language.”

As recently as last November, Lowe was stressing that rates were unlikely to rise until 2024 given the lingering impact of lockdowns and subdued wage and inflation pressure.

“At the time I thought that was the right thing to do,” Lowe said. “The economy recovered much more quickly than anyone expected and we’ve had to raise interest rates more quickly, and people who borrowed in those two years are now finding it much more difficult.”

Payments on an average floating rate mortgage will increase by about A$950 a month because of the rate increases delivered so far, and markets expect a further rate increase to 3.1 percent next week.

Answering questions at a separate news conference, Prime Minster Anthony Albanese was asked whether Lowe should resign given the increased cost-of-living pressures people were facing.

“We have confidence in Dr Lowe and his position as the head of the Reserve Bank,” Albanese said.