A nascent ascent for Philippine property 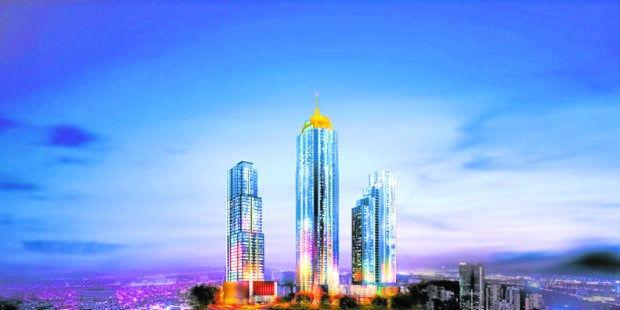 Amid soaring commodity prices and global geopolitical headwinds, the Philippines remains as one of the fastest growing economies in the region, primarily backed by resilient personal consumption and private investments.

Colliers believes that sustained recovery is likely to benefit major economic sectors including property development. For the first three quarters of the year, Colliers has seen a rebound in office transactions; improvement in pre-selling condominium take up and launches; increase in mall consumer traffic; and a gradual recovery in local and foreign tourism. Developers should now focus on postpandemic recovery strategies, including further differentiation of projects as tenants, investors and end users live and operate under a newer and better normal.

As of end September, office deals in Metro Manila reached 495,600 sqm, 72 percent higher than the 288,300 sqm recorded in the same period last year. In the third quarter, Colliers recorded 168,700 sqm of transactions, the highest since the fourth quarter of 2019.

The sustained leasing activity in Metro Manila has resulted in stable office vacancy at 17.7 percent in the third quarter—the same vacancy rate we recorded in the second quarter. However, we project yearend vacancy to reach 19.5 percent from 15.7 percent in 2021 due to the significant amount of additional supply and muted pre-commitment levels.

In the third quarter, Colliers Philippines also recorded the completion of 102,700 sqm of new supply. In 2022, we expect new supply to reach 783,900 sqm, slightly lower than our previous forecast of 808,900 sqm as developers prioritize filling vacancies of their existing buildings.

Colliers recorded the completion of 3,714 units in the third quarter. This is the highest recorded quarterly completion since the first quarter of 2021. Colliers maintains its delivery projection of 10,100 units in 2022, up 16 percent year on year, with the Bay Area likely accounting for 60 percent of new supply.

Colliers sees a recovery in both the demand and supply for Metro Manila’s pre-selling condominium market. In the third quarter, take-up reached 6,100 units, up from the negative net take-up of 730 units recorded a year ago. This brings to 14,900 units the total take up as of end of September, outpacing full-year 2021 figures. Meanwhile, pre-selling launches reached 13,200 units, the highest recorded quarterly launch since the fourth quarter of 2019. In our view, launches in 2022 are likely to breach 2020 figures.

In the third quarter, rents and prices in the secondary market picked up by 0.4 percent and 1.2 percent quarter on quarter, respectively. This is an improvement after a combined rental and price correction of 12 percent in 2020 and 19 percent in 2021. We believe that the recovery should be sustained by demand from local and foreign employees.

Colliers believes that developers and investors should remain cautious and strictly monitor interest rates and their potential impact on mortgage rates. The Bangko Sentral ng Pilipinas has raised interest rates by 300 basis points to 5 percent as of November 2022 from 2 percent at the beginning of the year. We also see compressing yields and rising prices of construction materials likely hampering launches across the capital region.

In the third quarter, retail vacancy across Metro Manila reached 15.4 percent from 15.2 percent in the first quarter. Mall operators have now been reporting consumer traffic of about 85 percent to 95 percent of pre-COVID-19 levels, from only about 40 percent in the third quarter of 2021. More retailers have also been active in taking up physical space as they anticipate the surge in consumer traffic this holiday season and the recovery of retail beyond 2022.

Based on our mall scans, about 50 percent of the new and upcoming retailers will come from the food and beverage (F&B) segment followed by fashion accessories, beauty and health at 27 percent. Colliers Philippines retains its forecast of 16 percent vacancy in 2022 as we see the completion of significant amount of new supply. We project vacancy to rise slightly to 17 percent in 2023 before receding to 14 percent in 2024.

Colliers believes that the projected rebound in consumer traffic and pick up in retail space absorption should support recovery in rents. In 2022, we expect rents to grow by 1 percent after correcting by a combined 15 percent from 2020 to 2021.