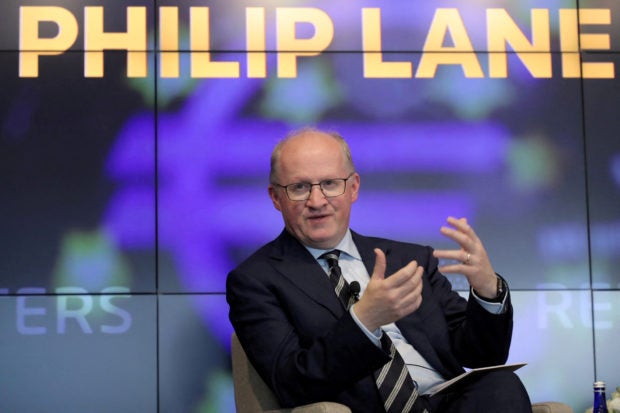 FRANKFURT  -Euro zone wage growth could keep pushing up inflation for years but this does not signal a permanent shift in wage dynamics and current indicators underlying inflation may be misleading, European Central Bank chief economist Philip Lane said on Friday.

Wage growth has been a key focus of policymakers this year due to fears that firms will be forced to boost compensation to offset rapid inflation, setting off a hard-to-break wage-price spiral that could force the ECB to keep rates high for long.

While no such spiral is evident for now, some, including board member Isabel Schnabel, have argued for preemptive action as undoing these wage pressures was more costly than acting early.

Lane, who formally proposes policy measures to the rate-setting Governing Council, took a more measured view in a blog post, arguing that rapid wage growth may stay for years after the energy shock fades but that does not automatically mean a changed dynamics.

“The staggered nature of wage setting means that the adjustment of nominal wages to the cumulative increase in the cost of living will play out over several years,” Lane said in a blog post.

“This means that, even after energy and pandemic factors fade out of inflation measures, wage inflation will be a primary driver of price inflation over the next several years.”

Still, this a time-limited catch-up and should not be misinterpreted to signal a more permanent shift in wage dynamics, Lane wrote.

He also warned against reading too much into current underlying inflation data, a key focus of several policymakers, because it may be skewed by the unusual economic shock of the pandemic and the energy shock.

“The current values of these measures may overstate the medium-term persistent component of inflation in this highly atypical environment,” Lane said.

“It is unlikely that the standard measures of underlying inflation are sending the same signals about the likely persistence of inflation dynamics than under more standard macroeconomic conditions,” he added.