Victor Consunji speaks out on complaint vs ex-PR exec 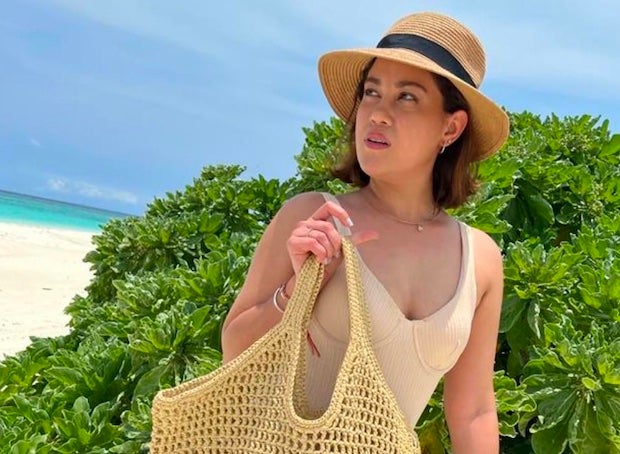 MANILA, Philippines — Manila’s social media is currently abuzz with the latest scandal to rock its granite core. Lana Faith Johnson, whose photos were often seen in newspapers and glossy magazines as a guest of A-lister sorties, came out in photos of a different sort: Mugshots from her arrest last November 8 on allegations of falsification of documents and swindling are now circulating in chat groups.

At the center of this social media maelstrom is property developer Victor Consunji of Victor Consunji Development Corporation (VCDC). It was his company that Johnson allegedly misrepresented to suppliers and to the media.

Johnson, who reportedly promotes herself as a public relations (PR) executive and woman entrepreneur, first approached Consunji to present her PR services years ago with a company called WJG Asia.

“From there, she was just kind of in the wings, doing whatever PR was necessary at the time. For many years, it was minimal stuff like the occasional article. She would also bring over ‘her friends’ to show them around the project and try to sell a unit in the hopes of getting a commission,” Consunji said.

Some of those people with her were Consunji’s friends, so it became generally accepted that she seems to be doing her job as PR.

Consunji added it was around late last year that Johnson was given more significant PR responsibilities for the company.

“With more responsibilities came access to bigger budgets. She was helping with the launch of one of our new projects. She mismanaged and miscalculated and here we are,” he said.

Consunji said the catalyst of the situation was when he heard of a friend who advanced P200,000 to Johnson and was allegedly never paid back. Then, people in his circle allegedly started asking each other if Johnson also owes them money.

One of the people who claimed she also was not paid was a supplier who was supposedly commissioned to do the interiors of a VCDC project that consisted of a clubhouse and four very large model units, along with other parts of the property.

“The supplier and I have known each other for a good part of 20 years, but the project underwent the normal process of a corporate set-up, where the project passes through an agency that coordinates with all the downline suppliers. In this specific case, Lana was in the agency position and she was one of the downline suppliers,” Consunji explained. “It was alarming because she was issued unfunded checks by Lana in relation to the VCDC project. These budgets have been dispensed earlier this year. It’s literally been done, dusted, closed for a while.”

“It started with us calling our suppliers directly and the publications we work with. The stories started coming out, of things they were told or promised. It feels like a giant Ponzi scheme – she would get money that was earmarked for a project to pay off some supplier she owes and get money from a different client to pay off that person,” he claimed.

Another revelation, he added, was that Johnson’s entire persona was purportedly completely fake. Consunji claimed that the company Johnson presented had closed down and was allegedly issuing fake receipts.

Consunji called it a massive case of swindling, falsification of documents, and stealing money.

“It is insane – but what is more insane was how she managed to keep this up for a long time especially as the people involved were relatively close to each other. What she would do is intentionally drive them away so that they would not talk to each other about these matters. She would make up some fake excuses, like ‘Victor is stressed’ or ‘so-and-so is having marital problems’. She would also talk about other suppliers and say things like they didn’t do a good job on their last project. These ridiculous excuses eventually just imploded,” he claimed.

Consunji believed that Johnson’s arrest last November 8 – which stemmed from a qualified theft complaint filed against her by VCDC last November 4 before the Taguig City Prosecutor’s Office, and her supposed current situation as a social pariah is well deserved.

“There are a lot of things I can tolerate. I am supportive of small businesses, and people who work with me can commit mistakes and almost everything is forgivable. One thing that is absolutely not forgivable in any amount, in any capacity is maliciousness. When it was validated that her actions were malicious, intentionally skimming money from suppliers and not paying them and then trying to spew lies about herself and the people she works with, there was no other recourse but to take action,” he said.

He then noted that the case is being handled by VCDC, and his involvement at this point is as a friend to those who were allegedly swindled.

“For me, it is essentially good riddance. You gave the person a chance with additional responsibilities, and instead of taking care of that, she basically squandered the opportunity and decided to burn bridges all at the same time. In the name of my company and the others that she screwed over, good riddance,” he added.

“I know that this has been amplified through the megaphone of social media, but for us, it is run-of-the-mill processing of a dishonest supplier. It happens in corporate all the time. For me, it is generally a corporate matter and when we take action, we don’t like going halfway. If we are going to correct the error she caused, then we are going to correct [it] for good. What I have to add is that although it is a corporate matter, on a personal note, many of the people she scammed are my friends and that part for me is incredibly personal,” Consunji further said.

Johnson was reportedly collared by authorities in an entrapment operation. She is reportedly currently out on bail.

INQUIRER.net has been trying to reach out to Johnson to get her side of the story but has yet to receive a reply as of this posting.