Energy crisis chips away at Europe's industrial might | Inquirer Business 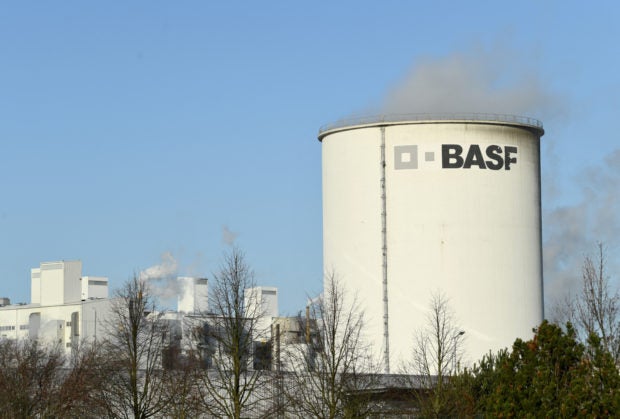 LONDON  – Europe needs its industrial companies to save energy amid soaring costs and shrinking supplies, and they are delivering – demand for natural gas and electricity both fell in the past quarter.

It is far too early to rejoice, though. The drop is not just because industrial companies are turning down thermostats, they are also shutting down plants that may never reopen.

And while lower energy use helps Europe weather the crisis sparked by Russia’s war in Ukraine and Moscow’s supply cuts, executives, economists and industry groups warn its industrial base may end up severely weakened if high energy costs persist.

Energy-intensive industries, such as aluminium, fertilizers, and chemicals are at risk of companies permanently shifting production to locations where cheap energy abounds, such as the United States.

Even as an unusually warm October and projections of a mild winter helped drive prices lower, natural gas in the United States still costs about a fifth what companies pay in Europe.

Euro-zone manufacturing activity this month hit its weakest level since May 2020, signaling Europe was heading for a recession.

The International Energy Agency estimates European industrial gas demand fell by 25 percent in the third quarter from a year earlier. Analysts say widespread shutdowns had to be behind the drop because efficiency gains alone would not produce such savings. “We are doing all we can to prevent a reduction in industrial activity,” a European Commission spokesperson said in an email.

But a survey released on Wednesday showed companies in Europe’s industrial powerhouse Germany were already scaling back because of energy costs.

More than one business in four in the chemicals sector and 16 percent in the auto sector said they were being forced to cut production, a survey of 24,000 businesses by the German chambers of commerce and industry (DIHK) showed. Moreover, 17 percent of auto sector companies said they were planning to move some production abroad.

“The effects are clearly visible: energy-intensive producers of intermediate goods in particular are cutting back on production,” said DIHK managing director Martin Wansleben, referring to critical semi-finished products, such as chemicals and metals. 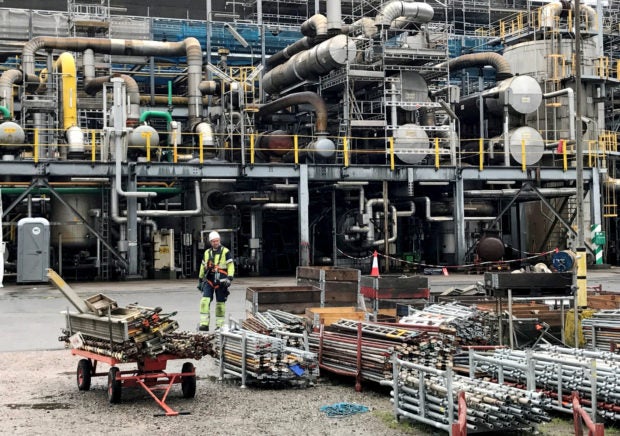 European industry has been shifting production to locations with cheaper labor and lower other costs for decades, but the energy crisis is accelerating the exodus, analysts said.

“If energy prices stay so elevated that part of European industry becomes structurally uncompetitive, factories will shut down and move to the U.S. where there is an abundance of cheap shale energy,” said Daniel Kral, senior economist at Oxford Economics. For example, EU primary aluminium output was halved, cut by 1 million tons, over the past year.

Trade figures compiled by Reuters show all nine zinc smelters in the bloc have either cut or stopped production, which was replaced by imports from China, Kazakhstan, Turkey, and Russia.

“Historically, when these temporary closures happen, permanent closures come as a consequence,” he added.

Western efforts to secure supplies not just for energy but also for key minerals used in electric vehicles and renewable infrastructure are also at risk from high energy prices. Brussels is expected to propose new legislation early next year – the European Critical Raw Materials Act – to build up reserves of minerals indispensable in the transition to green economy, such as lithium, bauxite, nickel, and rare earths.

But without more renewable power and lower costs, companies are unlikely to invest in Europe, Emanuele Manigrassi, climate and energy senior manager at European Aluminium, warned.

Examples of industrial erosion are piling up. Europe became a net importer of chemicals for the first time ever this year, according to Cefic, the European Chemical Industry Council.

More than half of European ammonia production, a key ingredient in fertilizers, has shut, and has been replaced by imports, according to the International Fertilizer Association.

Norwegian fertilizer maker Yara has cut two-thirds of its European ammonia production and has no immediate plans to ramp it back up.

“We are watching the situation in the gas market closely and are making contingency plans,” CEO Svein Tore Holsether told Reuters via email.

Last week, the world’s largest chemical group BASF questioned whether there was a business case for new plants in Europe. The company has also warned it would have to shut production at its main Ludwigshafen site – Germany’s single-biggest industrial power consumer – if gas supplies fall below half of its needs.

Some firms, including German viscose fibre maker Kelheim Fibres which supplies Procter & Gamble, are looking to other energy sources. This year, the German company has cut output twice at its factory in Bavaria.

“From Jan. 1, we will be able to switch to oil,” company executive Wolfgang Ott said, as the company seeks government help to cushion energy costs. It is even pondering a 2 megawatt solar project.

In Greece, Selected Textiles, a small cotton yarn producer, has cut output as orders mainly from northern Europe have fallen.

“We see our clients (…) are seriously concerned whether there will be an equivalent consumption of finished products in Europe and whether northern European manufacturers themselves will have access to natural gas,” he told Reuters. Tata Chemicals, which usually operates on a five-year plan, is now working on a quarterly basis, its Europe managing director Martin Ashcroft said.

“If this is a structural change and gas prices stay high for three or four years, the real risk is industry investment will be directed elsewhere to places with lower energy prices,” Ashcroft added.