How to achieve food security 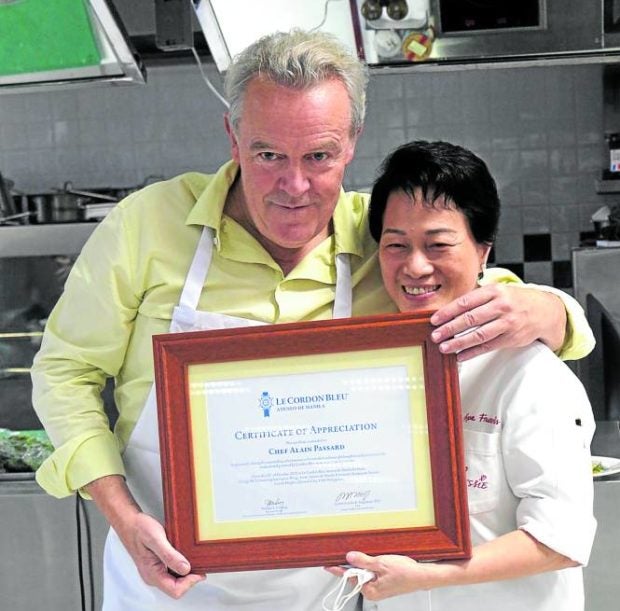 Passard is one of the most respected chefs not only in France but in the world. He earned his first Michelin star just a year after purchasing L’Archestrate in 1986 and renaming it L’Arpège. The following year, he upped this to two stars. On the third year, he received three Michelin stars and maintained such status ever since.

He became known for his mastery of meats, earning the title maître rôtisseur for his exquisitely tender slow-cooked proteins. But in 2001, he made headlines when he took meat completely off his menu.

Note, though, that it wasn’t so much for health or sustainability as it was for creativity. He said that la cuisine animale no longer inspired him. He explained that la cuisine végétale offers the chef “a tremendous amount of surprises, because there is still everything to be done with a tomato, a carrot, an eggplant. There is a lot of enchantment in vegetable cookery and it is totally transparent.”

L’Arpège then became the gold standard for farm-to-fork cooking, with what some have dubbed as “the happiest vegetables in the world.”

At first, chef Passard was gregarious, asking if I would cook for him. (Of course I said yes—knowing this is an impossible scenario!) But when I asked about food security, his face turned serious.

“We cannot think about cuisine without thinking about the Earth,” he said.

When I asked what restaurateurs or even ordinary people should do to help achieve food security, he said, “Everyone and especially restaurateurs should consider growing their own produce.” He added that this has other benefits. “This way, you can be sure of the origin of your vegetables and fruits and that they have no preservatives or other harmful chemicals.”

You will see his commitment to Earth at L’Arpège, where the magic does not begin in the kitchen but in their hectares and hectares of “kitchen gardens” that they also own. One is located at the Bois Giroult estate on the western plateaus of Normandy. This is an 18th century estate with over four hectares of clay soil that allows for what they call a “living terroir” all year round that is conducive to a 100-percent natural approach to growing.

Another one is the centuries-old Château du Gros Chesnay, a three-hectare beauty of promenades and greenhouses, situated at the south of Le Mans and obscured by towering hedges. The soil here is sandy so the Passard team enriches it with homemade compost made from vegetable peelings, cuttings and all the natural waste from the kitchen.

In a country with limited seasons like the Philippines, he said one must look for product quality. At Raffles Makati on the 22nd, where he cooked in collaboration with chef Jessie Sincioco, he presented his classic dishes using Filipino produce. The five-course menu included his famous hot cold egg, garden composition, red snapper with calamansi and bihod (prepared by chef Jessie), Louise Passard great heritage rotisserie (steak course by chef Passard—a rare throwback as he is now an advocate of all vegetable cooking) and apple pie. When asked by guests what Filipino food he liked, he said, “I like chef Jessie’s cooking!” He had also eaten at Chef Jessie Rockwell Club the night prior.

Chef Jessie, who was able to really see him up close, working in the kitchen, said, “What I love about him is that when he talks about food and when he cooks, he is super passionate. You can really see that cooking is his life.” To have a passion for cooking was also his first tip to Le Cordon Bleu’s students.

I guess this is because he is a true artist. He is the son of a musician and plays the saxophone himself. He also paints. He is pretty much a Renaissance man, though primarily known as a chef!

But what stood out for me is his respect for the Earth—how his cooking, while sparked by passion, transcended into purposeful art with a message to love what Mother Nature provides.

The first thing he said to me at our interview at Le Cordon Bleu Ateneo was that this was his first time in the Philippines “but not the last!”

Bravo to Le Cordon Bleu Ateneo! Even if it was just a fleeting moment with him, I’m sure his passion for cooking and love for nature have been captured by our next generation of master chefs!