Genesis in a Garage: Ramon Garcia Jr. on the story behind DFNN

Genesis in a Garage: Ramon Garcia Jr. on the story behind DFNN

For DFNN Founder and Executive Chairman Ramon Garcia Jr., a big part of success is staying true to your vision. Entrepreneurs who achieve their goals do not see it happening overnight, but as a result of hard work, determination, persistence, and an openness to receiving support from mentors who can guide them towards the right path. 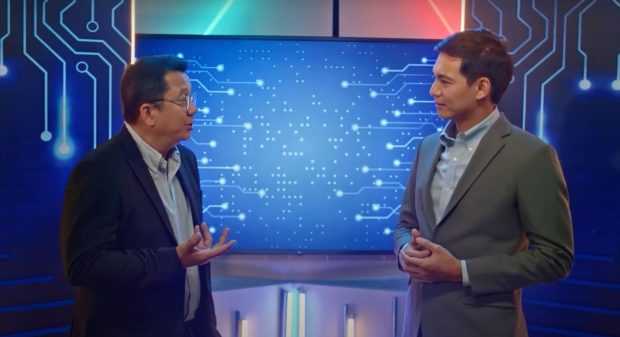 This is what he took to heart when he established what eventually became one of the country’s top tech companies, DFNN. From its humble beginnings in 1999, DFNN has now grown into a leading IT solutions provider and systems integrator, alongside building out their expertise in fintech, software and platform development, gaming, and even space  technology.

Recently, the tech veteran sat down with fellow entrepreneur and brand ambassador Chris Tiu, to dive deep into DFNN’s infancy and how it rose to its status as an industry leader.

Inside the early days of a budding tech giant

DFNN began with a simple purpose of addressing a need. In the 1990’s when he led the Philippine Stock Exchange’s (PSE) Computerization Committee, all processes were still done manually. “Fortunately, we eventually moved on to conducting all transactions electronically, which involved working with foreign suppliers. I couldn’t understand why we were paying so much to offshore companies for something I knew Filipinos could do,” Garcia told Tiu. “That began the dream that we could, in fact, compete on a global basis. From there, I started DFNN,” he explained.

Not one to take shortcuts, Garcia sought to prove himself and his idea first. He began operations in his own garage, taking no initial funding from outside sources. The first step was to write up a business plan using whatever he had saved, before going out to friends, family, and doing a private equity round until he finally took the company public.

“I listed the company at age 30, which was a bit unheard of,” Garcia admitted. Tiu agreed that this was a few years older than normal, but the DFNN founder saw that as a positive. Starting the company at a later age allowed him to spend over a decade honing his craft at the PSE, and gaining exposure to professionals who would soon turn into his mentors.

This support system was a major player in helping Garcia shape his thought process, goals, and work ethic – especially during the growing pains of DFNN. “Like any startup you had to go on what I call dialing for dollars, or seeking out people who believed in your vision,” he shared. That attitude persisted despite many hurdles.

Garcia does not shy away from saying that being an entrepreneur involves numerous doubts and setbacks, either from themselves or from other parties. To him, though, that may actually be a good thing. “You can test your ideas against those doubts. If you were relying on conventional wisdom, then you wouldn’t really be breaking any new ground, would you? There may be a lot of challenges, but at the end of the day it’s you and your team’s ability to execute that determine whether you succeed or not.”

Learning to overcome and come out on top

Tiu then asks Garcia what propelled him to persevere through those challenges. Looking back on that phase of the company, he states that it wasn’t one single factor, but a host of things that served as motivation.

One critical part for Garcia is this – as an entrepreneur, he never stops learning. Making mistakes is normal, but so should learning from them, and developing a thick skin to overcome the worst. Besides that, he sees seeking mentors as essential. He believes in taking people who are experienced, leaders who have succeeded, and learning from each of them. “Finding a support system is even easier today. We have the Startup Society and the Manila Angel Investors Network. The industry as a whole is also more accepting of new ideas compared to when I started,” he says.

Garcia talks about his own advisers who saw potential in both him, and his vision. “The Prince of Malaysia is a partner of mine. He said to me, ‘Ramon, you’re a very honest man, I don’t really know about your business plan – I just know you will make it happen,’” he tells Tiu. “The success of DFNN isn’t one man. It’s a team and like an iceberg, you only see the tip,” Garcia also says. He makes mention of local top dogs like First Asia Venture Capital’s Bong Belen, Prudential Guarantee and Assurance’s Robert Coyuito, PSE’s Vivian Yuchengco, and Megaworld’s Kevin Tan as those who helped him build out his vision.

Putting together his goal, his determination, and his strong network of allies, Garcia set out on the road to success. Early on, many of DFNN’s first clients were brokers. Being one himself, Garcia understood the physical limitations of having to pick up phone calls all day and deal with mountains of paperwork. They digitalized the online trading process, becoming the first ones to do so in the Philippines. “We were in fintech before the coin phrase fintech even came out. Fast forward to today, the innovations we pioneered then are still technologies that we use today,” Garcia shares.

He also talks about DFNN’s corporate messaging platform using SMS, where they worked with Smart Communications, Inc. during the telecom’s early days, and 2Go to send out promos through text. Partnerships with government-owned entities were a success as well, evidenced by their tie-up with state insurer Government Service Insurance System (GSIS) to be the first in the world to accommodate salary loans via text messaging.

Fast forward to today, DFNN has successfully expanded their technologies to biometrics, national ID capabilities, blockchain solutions and gaming even pioneering the nation’s first and highly-successful e-gaming platform, InPlay.ph at the height of the COVID-19 pandemic. Its technology arm, iWave, won AIBC’s Project Tokenization of the Year (2022) for Oz Living’s TOTOz, the world’s first residency-enabled token with real world utility. The award effectively and efficiently combine tokenization and cryptography. DFNN is also actively working with Silicon Valley’s Nautilus Inc. to build the country’s first green data center. It’s a major evolution from working out of a garage, and is only possible as a result of the hard work, perseverance, and ambition of Garcia, his mentors, and his team at DFNN.

Proud and sentimental about his journey as an entrepreneur, Garcia then shares some advice to future Filipino entrepreneurs. He tells Tiu, “There is one thing that I believe in, and that’s the Filipino people. Don’t ever give up. Even the biggest of them – Jeff Bezos, Elon Musk, Michael Dell, they took their own flack of disbelief. At the end of the day, it’s persistence. Whether it’s 3 years or 10 years, for as long as you deliver your promises to your shareholders, your friends and your vision, you’ll make it.”