How will Elon Musk pay for Twitter? | Inquirer Business 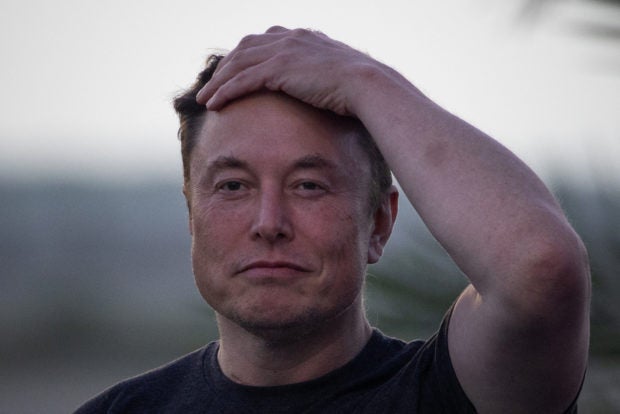 Elon Musk bought himself some time on Thursday, after a judge accepted the billionaire’s request to halt a Twitter lawsuit to allow him to close his proposed $44 billion buyout of the social media company by Oct. 28.

Now comes the big question: how will he pay for it?

Musk said earlier this week he would buy Twitter for $54.20 per share, the price that was agreed in April, but included a condition that the closing of the deal be contingent on debt financing for the transaction coming through.

Musk has pledged to provide $46.5 billion in equity and debt financing for the acquisition, which covers the $44 billion price tag and closing costs. Banks, including Morgan Stanley and Bank of America Corp, committed to provide $13 billion of debt financing to support the deal.

Twitter on Thursday cited one of the banks as saying that Musk had not communicated to them that he intends to close the transaction. Musk said that banks were “working cooperatively to fund the close” on or around Oct. 28.

Musk’s $33.5-billion equity commitment would include his 9.6 percent Twitter stake, which is worth $4 billion, and the $7.1 billion he secured from equity investors, including Oracle Corp co-founder Larry Ellison and Saudi Prince Alwaleed bin Talal.

That leaves Musk needing to secure an additional $22.4 billion of funds to cover the equity financing portion of the deal.

How much cash does he have?

Musk, 51, is the world’s richest person with a net worth of $219 billion according to Forbes, but a large portion of his fortune is tied to his stakes in Tesla and Space X.

According to a Reuters calculation, Musk has about $20 billion of cash after selling down part of his Tesla stake through multiple transactions in November and December last year and April and August this year. This means he would need to raise an additional $2 billion to $3 billion, even if the other equity and debt commitments are honored.

How can he fill the equity shortfall?

He can choose either to sell down more of his stake in Tesla, or his stake in SpaceX. Other options include obtaining a loan from banks against the stocks, or getting more investors to contribute equity.

In August, Musk said he does not plan to sell down his stake in Tesla any further, but the latest U-turn from Musk has revived concerns over whether he will sell more of the electric-vehicle maker’s stock to fund the deal.

Musk owned 465 million Tesla shares worth $111 billion following its 3-for-1 stock split, according to Reuters’ calculation. He has already borrowed heavily against a big portion of his Tesla stake.

Does he have enough equity investors?

On April 20, Oracle founder Larry Ellison said he was interested in participating in the deal as one of the investors in Twitter.

Ellison is among a group of investors who have collectively promised to chip in $7.1 billion of financing for the deal. So far, no investors have publicly said they would back away from their commitments.