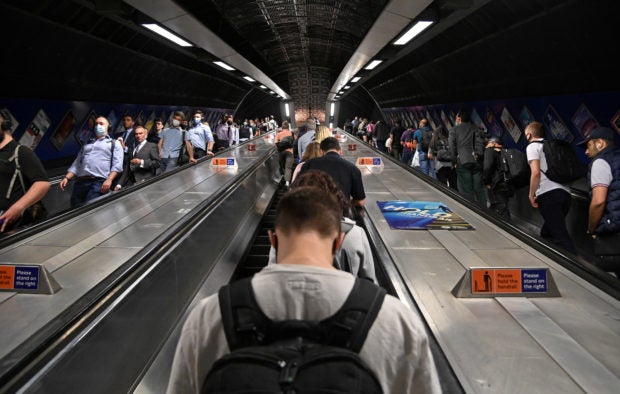 LONDON – British recruiters saw the weakest growth in hiring in more than a year and a half last month, as signs of an economic downturn made workers more wary about changing jobs and businesses more cautious about hiring, a survey showed on Friday.

The Recruitment and Employment Confederation (REC) said job vacancies rose in September at the slowest pace since February 2021 – when many businesses still faced lockdown restrictions – while starting salaries rose at the weakest pace in 15 months.

The Bank of England has been closely watching Britain’s job market for signs that the highest inflation in 40 years might trigger a spiral of rising wages and further price increases.

However surging energy bills mean many economists forecast recession later this year, despite big government subsidies to cover much of the additional expense.

Recruitment of both temporary and permanent staff rose at the slowest pace in 19 months, the REC said.

“Some employers, even those who anticipate that the recession may be short, are taking steps now to contain costs, including hiring freezes,” said Claire Warnes, head of education, skills and productivity at KPMG UK, which sponsors the survey.

“Deepening economic uncertainty has also meant that workers are choosing to stay put in current roles, rather than apply for new roles,” she added.

However the slowdown needed to be seen in the context of very tight labor market conditions earlier in 2022, the REC said.

Britain’s jobless rate was the lowest since 1974 at 3.6 percent in the most recent official data, which covered the three months to the end of July, although hiring growth was much weaker than expected and job vacancies dropped by the most in two year.

REC’s survey was based on responses from its members from Sept. 12-26.