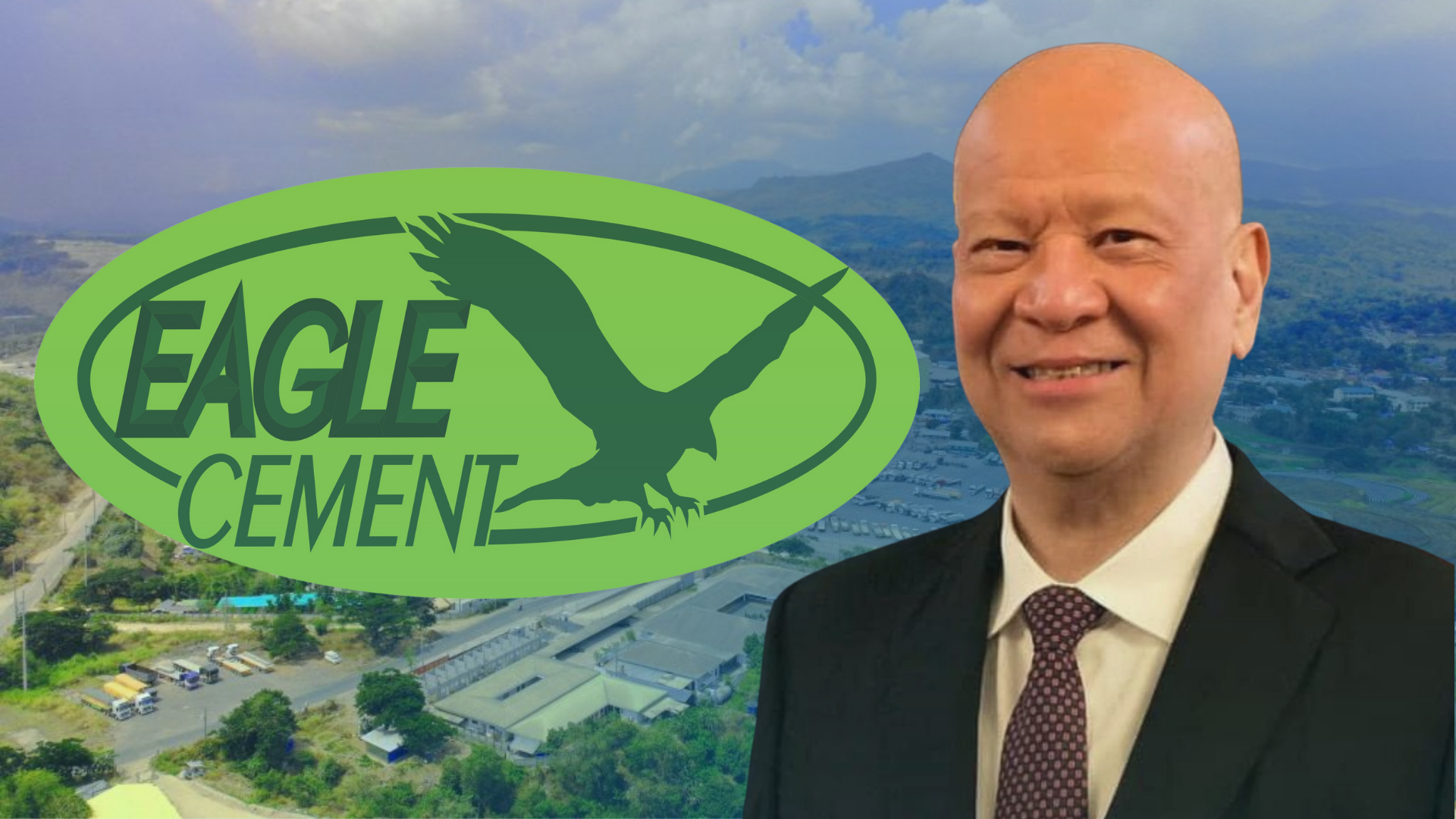 In a stock exchange filing late Tuesday, SMC said its board of directors and the related-party transaction committee had authorized the acquisition of 88.5 percent of Eagle Cement at the price of P22.02 per share. This was 43 percent higher than Eagle Cement’s last closing price of P15.40 per share.

Eagle Cement shares surged by 20.25 percent to P18.56 per share while SMC rose 2.43 percent to P99 apiece at the stock market after the announcement.

In a text message on Wednesday, Ang said the deal would benefit the conglomerate as “Eagle Cement’s strong cash flow will be added to SMC.”

He brushed aside questions over the premium acquisition price, saying it was “our competitor’s opinion.”

Ang is president and chief operating officer of SMC, one of the country’s biggest companies with businesses spanning food, drinks, power and infrastructure. He is also chair of Eagle Cement, led by his son John Paul Ang, the company’s president and CEO.

In the disclosure, the board authorized SMC’s management to negotiate and enter into a share purchase agreement with Eagle Cement’s stockholders, including controlling stockholder Far East Holdings Inc., which is owned by Ang.

SMC said both Ramon and John Paul Ang “did not participate in the approval by the board of directors of the corporation of the proposed acquisition.”

It added the deal would “trigger notification and clearance with the Philippine Competition Commission (PCC).”

The transaction marks further moves by SMC to grow its cement business. This came after the conglomerate’s unsuccessful 2019 bid to acquire listed Holcim Philippines Inc., a rival of Eagle Cement. The $2.15 billion deal collapsed in 2020 after it failed to get clearance from the PCC, which raised antitrust concerns such as a “monopoly” in Northwest Luzon and increased market power for the buyer.

Over 60 percent of the total Philippine cement demand comes from Luzon.

Eagle Cement, which went public in 2017, operates a fully-integrated cement plant in San IIdefonso, Bulacan, with an annual production capacity of 8.6 million metric tons, equivalent to 215 million bags per year. It controls an estimated market share of 29 percent in the combined areas of Metro Manila, Central Luzon and Southern Tagalog.

Eagle Cement’s sales in the first half of 2022 jumped 24 percent to P13.7 billion on higher volume and selling prices. Profits fell 20 percent to P2.96 billion as margins were pressured by rising production costs.

For its part, SMC owns North Cement Corp. (NCC), which supplies cement in Central and Northern Luzon with a production capacity of 2.2 million tons of finished cement per year.

In 2021, NCC was merged with San Miguel Northern Cement Inc., which is developing capacity for another 4.73 million tons of cement per year.

Last month, SMC revealed plans raise up to P80 billion through the sale of bonds, which could become the country’s biggest corporate debt issuance to date.