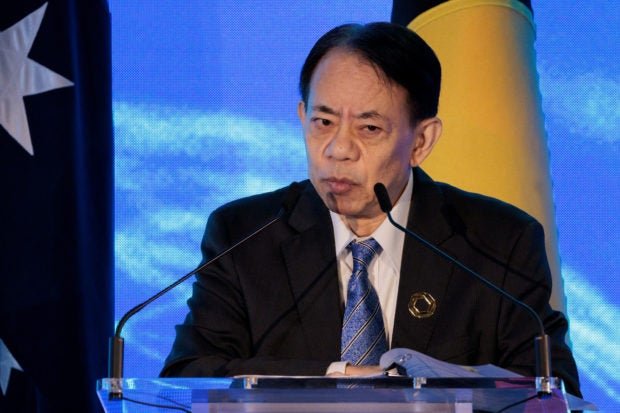 Funding for a project in the Philippines might be first on the table as the Asian Development Bank announced a $14-billion support kitty over a four-year period up to 2025, intended to bolster food security across developing economies in Asia.

ADB president Masatsugu Asakawa on Tuesday announced plans to “ease a worsening food crisis in Asia and the Pacific” and improve long-term food security by strengthening food systems against the impacts of climate change and biodiversity loss.

Asakawa said ADB support would be targeted, integrated and impactful to help vulnerable people, particularly vulnerable women, in the near-term, while bolstering food systems to reduce the impact of emerging and future food security risks.

On Wednesday, ADB Southeast Asia Department director general Ramesh Subramaniam said in a media briefing the multilateral lender was looking at all countries as well as all projects in the pipeline where support for food security could be integrated.

“Obviously not all of the projects would be amenable for this [but] we are looking at the food-water nexus,” Subramaniam said.

“The first likely program that will be taken to our board is in the Philippines, the Support for Competitive and Inclusive Agriculture Development Program that we started two years ago, ” he added.

Subramaniam said the second phase of this program will be presented to the ADB board later this year.
This program “is providing implementation support building on the Rice Tariffication Act of 2018, particularly looking at how agricultural products in different parts of the Philippines can be boosted as a measure of food security,” he said.

On Monday, the World Bank said in their East Asia and the Pacific Economic Update report that to achieve the food-related goals of affordability, security, and sustainability, governments must begin by shifting focus from rice-centric food security to nutrition security.

World Bank EAP chief economist Aaditya Mattoo said this was most pronounced in Indonesia and the Philippines.

The report suggests that governments encourage diversified production of — instead of rice — more nutritious foods like livestock products, fruits and vegetables, by reducing policy distortions that currently favor production of rice.

This goal requires a move away from input-intensive to knowledge-intensive technologies and production practices, involving, for example, improved and resilient breeds/varieties and precision agriculture,” the World Bank said.

Meanwhile, Finance Secretary Benjamin Diokno assured stakeholders and partners in the development and private sectors that the government is supportive of initiatives towards achieving universal access to clean water.

“The Department of Finance stands ready to support all efforts toward our shared goal of achieving universal access to clean water and fighting climate change at the soonest possible time,” Diokno said.