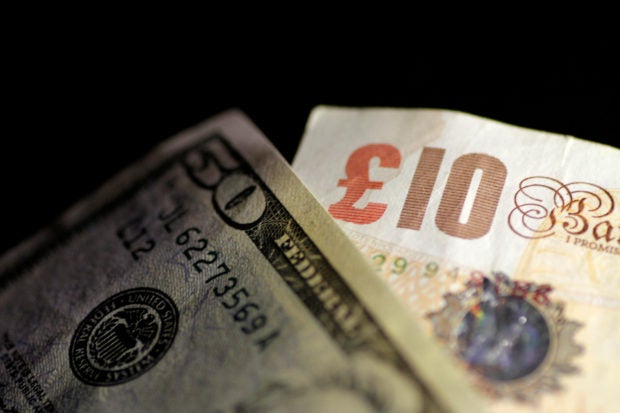 NEW YORK/LONDON – Trading in tumultuous foreign exchange markets is akin to being in a casino right now, according to some traders navigating markets that have been whipsawed as central banks and governments try to right their economies.

In the last week, sleep-deprived traders have worked flat-out advising clients on the markets’ extraordinary moves: the crash of Britain’s pound to an all-time low, the Japanese monetary intervention to prop up the falling yen, and the euro’s deeper plunge below dollar parity.

Towering above all is the mighty U.S. dollar which is trading at a two-decade peak. Some see no end to the wrenching volatility.

“It really is like a casino right now,” said John Doyle, vice president of dealing and trading at Monex USA, who said he is being more hands-on in talking to clients and extra cautious about risk.

“We have had to be extra vigilant of our internal trading policies to ensure we are not taking any undue risks,” said Doyle. “Discipline has been key.”

Deutsche Bank’s Currency Volatility Index – the historical volatility index of the major G7 currencies – jumped to a two-and-a-half year high of 13.55 on Monday.

The British pound fell about 5 percent against the dollar over the last two sessions, its worst two-session drop since March 2020, drawing comparisons with the typically more volatile emerging market currencies.

The yen remains near a 24-year low against the greenback, despite Japanese monetary authorities last week intervening in the foreign exchange markets to boost the battered currency for the first time since 1998. While Sterling and the yen have fared extremely poorly against the dollar, the greenback’s meteoric rise has spared no major currency. Every G10 currency has slipped against the dollar this year, for an average fall of about 16 percent.

“It’s been a hectic few days for sure, and sleep has been sorely lacking,” said Michael Brown, head of market intelligence at payments firm Caxton in London. “I’ll blame sterling rather than my coffee habit for that, but heading to bed at 11:30 and waking at around 3:30 to cable (the US-Sterling rate) hitting record lows certainly wasn’t much fun.”

Akshay Kamboj, co-chief investment officer at Crawford Ventures, a hedge fund trading currencies said while he had been expecting a deep correction in sterling “this deep was not anticipated.”

“Our team is working around the clock from multiple global locations,” said Kamboj, adding he is not trading sterling because the pound’s direction now depends entirely on how the Bank of England reacts.

The volatility is unlikely to stop.

“It does feel like the groundwork is still there for more disorderly moves,” said Bipan Rai, North American head of FX strategy at CIBC Capital Markets, who added the driver would be dollar strength which is dependent on how hawkish the U.S. Federal Reserve is in raising rates.

The U.S. dollar has dominated due to soaring U.S. interest rates, a comparatively strong American economy and demand for a haven as global financial markets have turned more turbulent this year.

That has exacerbated problems around the world.

With the yen weighed down by the ever-widening gap between the yields on U.S. and Japanese government debt, the euro hurt by worries over an energy crisis and its impact on the economy, and the pound slammed by concerns the new government’s economic plan will stretch Britain’s finances to the limit, dollar bulls have been quick to press their advantage.

While FX traders are no stranger to volatility, the confluence of various risks makes this moment stand out.

Unlike March 2020, the last period of heightened volatility, where policymakers were united and had largely similar responses to the pandemic, traders now are faced with central banks reacting in their own different ways as they deal with soaring inflation and currency weakness.

“In previous times it’s been a macro economic story, but this is very much a central bank story with them all jostling over rate hikes,” said Chris Huddleston, CEO at FXD Capital, who has been former FX and bonds trader for the past 20 years.

“Such U.S. dollar strength has historically led to some kind of financial/economic crisis … If there was ever a time to be on the lookout for something to break, this would be it,” the analysts said.